TOKYO (AP) — Tokyo’s governor has been hospitalized with severe fatigue for the second time in four months and will take about a week off, the metropolitan government said Wednesday.

Gov. Yuriko Koike’s hospitalization comes days after she announced an end to 11 months of restrictions on eateries in which they were told to close early and not serve alcohol, after new daily COVID-19 cases in the nation’s capital fell to the lowest levels in more than a year.

Koike was previously hospitalized in late June, also due to fatigue, a month before Tokyo hosted the Olympics.

She has often worked on weekends and late at night to meet with senior officials about the pandemic.

In recent meetings and news conferences, Koike was seen occasionally coughing behind her mask. She sounded somewhat weak during a news conference last Thursday.

Japan has seen daily new cases plummet since September. Tokyo reported 28 new cases on Wednesday and has recorded less than 50 a day for more than 10 days, a sharp decline from a mid-August peak of nearly 6,000 per day.

Experts have cited vaccination progress, widespread mask-wearing and basic measures such as handwashing and use of disinfectants as among the reasons for the sudden slowing of infections.

Tokyo metropolitan government officials said Koike was told by her doctor that she needs to rest for about a week.

Deputy Gov. Takashi Takeichi is taking over Koike’s official duties while she rests, they said.

Koike has belonged to the conservative LDP for about 20 years and has served in key Cabinet and party posts. 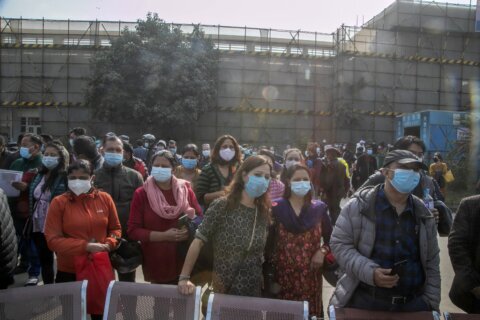