TOKYO (AP) — Maggie Steffens and the United States have dominated women’s water polo since the country won its first gold medal in the sport at the 2012 London Olympics.

The world is pushing back at the Tokyo Games, and it remains to be seen how Steffens and company respond.

The Americans were handed their first loss at the Olympics since 2008 when they fell 10-9 to Rebecca Parkes and Hungary in group play on Wednesday. The team had been 19-0 this year, including five victories over Hungary by a combined 66-37 score.

The United States was a big favorite to win its third straight gold medal coming into Tokyo, but it was pushed hard by China during a rugged 12-7 victory Monday. Steffens had her nose broken by an inadvertent elbow, and the captain sported a black eye and a small bandage during the match against Hungary.

Even with the loss, the Americans remain in good position to advance to the knockout round. The team faces the ROC on Friday.

“For us, we’re fortunate that this is just tournament one,” Steffens said. “This is bracket play, and so we’re going to have a lot to work on, a lot to get better if we want to be the team we want to be at the end of this, for sure.”

Hungary trailed 9-8 with 2:28 left, but captain Rita Keszthelyi scored from deep and Parkes got the game-winner when she connected for a beautiful no-look goal with 45 seconds left. Parkes finished with a team-high three goals.

The U.S. had the ball in the final seconds, but it turned it over.

“It was a huge thing to beat the world champions, but we mustn’t believe that we are better than anyone else,” Hungary goaltender Alda Magyari said through a translator. “We have to take this tournament step by step.”

The 20-year-old Magyari finished with 11 saves, helping Hungary to its first win after it played to a 10-10 tie against the ROC in its Tokyo opener.

“We’ve had many tough games with USA in the past and we knew there was always a chance that we could beat them,” said Magyari, who carried her lucky teddy bear around the pool deck after the win. “Today, we’re very happy we managed to do that.”

It was its first loss at the Olympics since the 2008 final against the Netherlands. It had a draw in London, but it went 6-0 on the way to the title in Rio de Janeiro.

“Wish we would have finished off the game, but we’ll learn from this and move on,” United States coach Adam Krikorian said.

Beyond having some trouble with the physicality of China and Hungary, the U.S. also is struggling with its shooting. It made 25 of 40 shots in its opening victory against Japan, and then shot 36% (12 for 33) against China and 29% (9 for 31) in the loss to Hungary.

“At the end of the day, similar to the China game, we had a really difficult time just putting the ball in the back of the net,” Krikorian said. “I don’t know why that is. I think we’re a little rushed. I think we need to settle down a little bit. A little anxious.”

After Hungary closed out its victory, Canada rolled to a 21-1 win over South Africa. Gurpreet Sohi led the way with four goals. 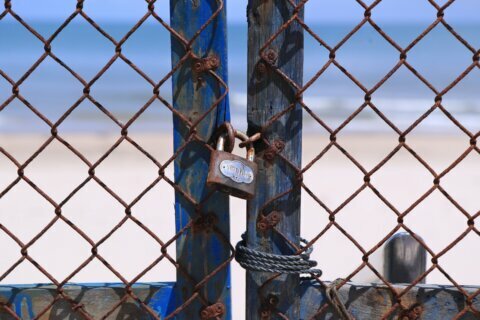