ST. ANDREWS, Scotland (AP) — Sungjae Im and Siwoo Kim have withdrawn from the British Open so they can focus on preparations for the Tokyo Olympics at the end of the month.

Im and Kim are the male Olympic qualifiers for South Korea. Both are subject to mandatory military service at some point, which they can avoid only by winning an Olympic medal.

The first practice round at Kasumigaseki Country Club in Japan is eight days after the British Open ends.

Im was a runner-up to Dustin Johnson in the Masters last November and is No. 26 in the world. Kim won The Players Championship in 2017 at age 21, making him the youngest winner. He is No. 50 in the world.

Juvic Pagunsan of the Philippines previously said he would sit out the British Open to concentrate on the Olympics. He qualified by winning the Mizuno Open on the Japan Golf Tour.

The South Koreans were replaced in the British Open field by Emiliano Grillo and Keegan Bradley. The British Open is July 15-18 at Royal St. George’s in England. 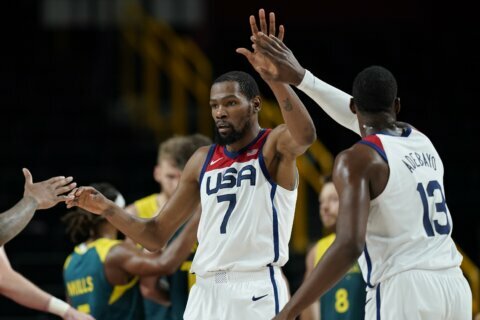