About 100 fish that turned up dead in a stream in Arlington County, Virginia, last week were the victims of chlorinated pool water that ended up in the county's storm drains.
Listen now to WTOP News WTOP.com | Alexa | Google Home | WTOP App | 103.5 FM

About 100 fish that turned up dead in a stream in Arlington County, Virginia, last week were the victims of chlorinated pool water that ended up in the county’s storm drains.

Peter Golkin, spokesman for the department, said investigators traced the incident a multi-family housing property where a large amount of chlorine that had been added to a pool as part of seasonal maintenance.

The county has been in touch with the property management company and the pool company that did the maintenance work.

The storm drain system feeds directly into the county’s streams and there are no filters in the system; the department said recent rains have now cleared the stream.

The dead fish were discovered Sept. 7 — a few days after Labor Day, which is the end of the traditional summer pool season.

The department is reminding residents not to drain their pools directly into a storm drain unless they have taken the necessary steps to remove chlorine or bromine — another pool sanitizer — either by using removal agents or by allowing the untreated water to sit for about 10 days to allow chemicals to dissipate. A pool test kit should be used to make sure there aren’t any detectable levels of chlorine or bromine left.

Pool owners should also discharge the water slowly over a grassy area over the course of several days to allow the water to soak into the ground and reduce the amount that goes into storm drains.

Pool or spa water released over land should be at least 10 feet from the property line and monitored to make sure it doesn’t lead to flooding or erosion of neighboring properties.

The department said large amounts of water from pools and spas are typically discharged into the storm drain system during the spring and the fall and that it can have “devastating effects on the health of our streams.” 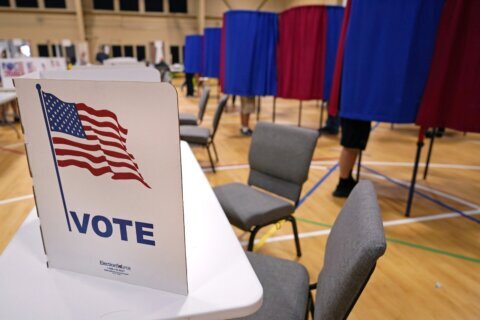