The Arlington County Board is fielding public opinion about ranked choice voting. Ranked choice voting allows voters the option to rank candidates in order of preference, but doesn't require them to do so.
Listen now to WTOP News WTOP.com | Alexa | Google Home | WTOP App | 103.5 FM

Changes could be coming to the county voting process in Virginia’s Arlington County. The county board is fielding public opinion about ranked choice voting.

While the new voting process wouldn’t debut until 2023 if implemented, the county board is giving residents the opportunity to chime in online with their thoughts on the proposed change.

Based on the feedback, the board will consider holding a hearing at its November 2022 meeting for a resolution to make ranked choice voting the official method of election for the county board’s primary election candidates.

Ranked choice voting allows voters the option to rank candidates in order of preference, but doesn’t require them to do so.

If ranked choice voting were implemented, candidates that receive more than half of the first choices would win, just like in any other election. But, if there is no majority winner after counting the first choices, the race is decided by an instant runoff.

The candidate with the fewest votes is eliminated, and voters who ranked that candidate as their first choice will have their votes count for their next choice. This process continues until a candidate emerges with more than half of the vote and is declared the winner.

Two years ago, the Virginia General Assembly opened the door to the change, by allowing localities across the commonwealth to use ranked choice voting in local elections for city councils and boards of supervisors during the 2020 Session.

Then, last fall, the Arlington Electoral Board held a mock election and joint work session with the county board to discuss ranked choice voting.

Arlington currently uses plurality voting, which only allows voters to select one candidate.

County residents have until Nov. 4 to submit their feedback. 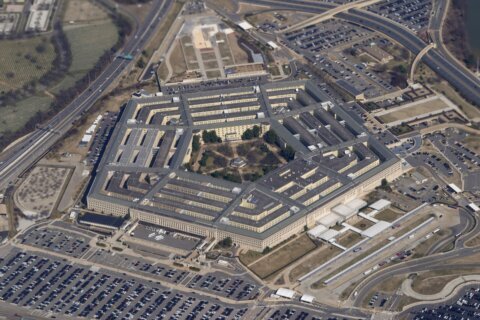