Police in Arlington County, Virginia, are asking for help in finding a man accused of assaulting a restaurant employee and using racial slurs after leaving without paying his bill.

At 5:54 p.m. on Tuesday, police were called to the 500 block of 23rd Street South for the report of an assault, according to a press release.

Police say it was determined that the suspect left a restaurant without paying his bill and when two employees approached the suspect outside and requested that he return to pay his bill, the suspect continued walking away, according to the release.

Once an employee began recording the suspect, he pushed the other employee to the ground and ran off toward Richmond Highway, according to police. The pushed employee did not require medical treatment.

During the course of a follow-up investigation by detectives, it was alleged that the suspect used racial slurs towards the employees, an Asian male and female, police said.

The incident has been reported to Virginia State Police as a possible hate crime, according to police.

He was wearing square rimmed glasses, headphones, a black t-shirt, gray and black sweatpants and black sneakers at the time of the incident.

Anyone with information on this incident or who can identify the suspect is asked to contact the Arlington County Police Department’s Homicide/Robbery Unit at 703-228-4180 or ACPDTipline@arlingtonva.us. Information may also be reported anonymously through the Arlington County Crime Solvers hotline at 1-866-411-TIPS (8477). 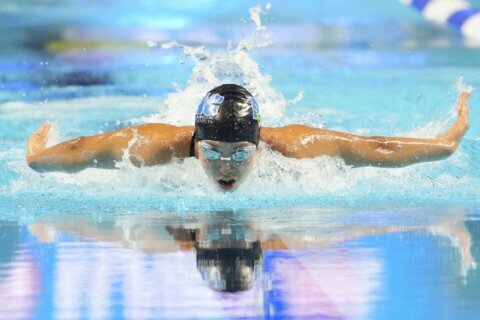 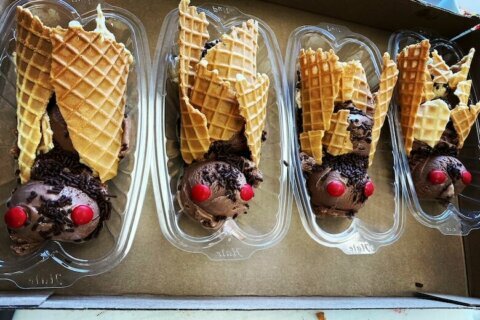