Calling all airport aficionado frequent flyers: Reagan National Airport is among candidates in a contest to create a top 10 ranking of the best airports in North America.

“Our passengers love Reagan National Airport,” said Christina Saull of the Metropolitan Washington Airports Authority. “We hear it from them all the time.”

“We’re up against 19 other fantastic airports across the country. But of course, all of us in the D.C. area know that Reagan National is the best,” Saull said.

Other airports in the running include the following:

Citing examples of what makes Reagan National so great, Saull said it’s served by Metrorail and is convenient and easy to get through. In addition, innovation and technology are big there: “In Terminal A, there’s a restaurant where you can order and pay for your check via iPad.”

It’s also beautiful inside and out.

“You get views of all of the city’s famous monuments right from inside the airport.”

Amenities include the local shops and restaurants, she said: “Feeling like you’re in Washington, D.C., before you even step out of the airport is something that our passengers love — places like Ben’s Chili Bowl and then, in the new concourse, places like Founding Farmers have that D.C. flavor.”

There’s no prize other than bragging rights.

“But we take ourselves very proudly here at both Reagan National and at Dulles International for having two of the best airports in the country,” Saull said. “So it would be nice to have a little plaque to hang on the wall that says that.”

See which location is leading the contest right now on USA Today’s website. 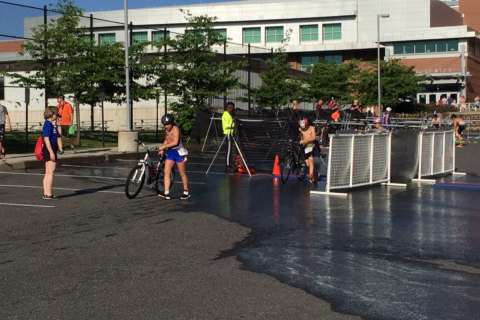 Washington-Lee alumni file suit against school board over name change