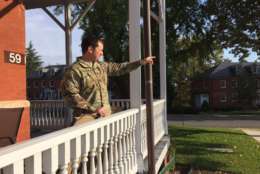 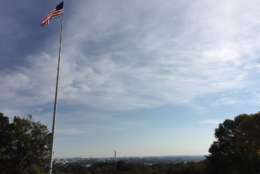 ARLINGTON, Va. — Despite sitting in some of the most secure airspace in the world and in the middle of a no-drone zone, a local military base is having a surprising number of encounters with unmanned aircraft.

Joint Base Myer-Henderson Hall partnered with the firm Dedrone to detect unmanned aircraft on or near parts of two of the base’s installations: Fort McNair in Washington and Fort Myer in Arlington.

“I was frankly surprised to have that many in a no-fly zone,” said Col. Patrick Duggan, the base commander.

Forts McNair and Myer sit within 15 miles of Reagan National Airport. No drone flights are allowed in that radius without specific permission form the Federal Aviation Administration. Fort McNair sits just 4 miles from the White House.

“The genesis of this was to get the conversation going with some data,” Duggan said. The next step would involve “characterizing the intentions of these flights,” he said. “Are they hostile? Are they nefarious? Is it for surveillance? Or are they just curious [individuals] or hobbyists?”

The Dedrone report suggests some of the drone flights could have involved well-intentioned users around Nationals Park, which is in range of the Fort McNair sensor, or enthusiasts at nearby summer events. The report warns that some of the drones could have been flown onto the rooftop of a base building to be used for hacking activities.

Joint Base Myer-Henderson Hall is significant for its symbolism, Duggan said, which makes it a target.

The base is responsible for securing Arlington National Cemetery and the Air Force Memorial. It houses top military leaders and is home to several military honor guards.

Long-serving Arlington Co. sheriff — and one of first female sheriffs in Virginia — to step down