Federal authorities say a Maryland man has been sentenced to 25 years in prison for a fatal shooting during a carjacking attempt.
Listen now to WTOP News WTOP.com | Alexa | Google Home | WTOP App | 103.5 FM

BALTIMORE (AP) — Federal authorities say a Maryland man has been sentenced to 25 years in prison for a fatal shooting during a carjacking attempt.

Acting U.S. Attorney for Maryland Jonathan Lenzner says in a news release that 34-year-old Collin Davis of Pasadena, Maryland, pleaded guilty to a charge of carjacking resulting in death.

According to his guilty plea, the victim drove to Curtis Bay to pick up Davis and they both traveled to Severn.

Prosecutors say that during the trip back to Curtis Bay, Davis took control of the car, tied the victim’s hands behind his back and later shot the victim to death when he tried to escape. 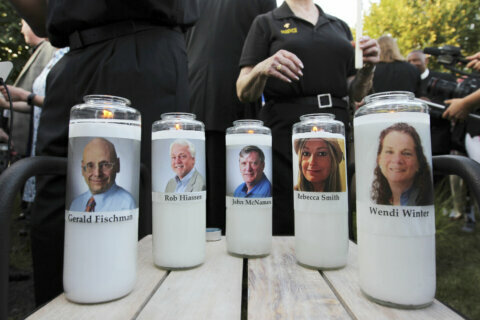