The police chief in Hyattsville, Maryland, is set to take over Anne Arundel County’s department.

On Monday, County Executive Steuart Pittman announced his pick of Amal Awad to succeed Timothy Altomare, who retired over the summer.

It would mark a return for Awad: She served as the department’s chief of staff in 2013 and 2014, alongside now-acting Chief William Lowry.

“Chief Awad’s experience in both large and small department policing … makes her ideally suited to lead our department,” Pittman said in a statement.

“But for me, that wasn’t enough. I had to be sure that our next chief had that rare combination of professional skill and heart. Heart for the people in our communities, heart for the officers that protect them, and even heart for the young people who are trying to find their way in these difficult times but sometimes make mistakes.”

That approach to policing is decidedly at odds with the former chief, who said he retired because he wouldn’t “stand for efforts to remove the teeth from policing.”

During a virtual news conference on her selection, Awad said it’s important for the department to build legitimacy in the community.

“We must engage all whom we serve and build relationships, establish trust, have conversations … to get us to a point where we’re understanding one another and we’re moving forward together,” she said.

“I believe we all want the same thing. And that’s a safe, peaceful community with professional service.”

A part of that, Awad said, is investing in officers — not only in things like equipment but also in intangibles, like mental health services.

“They see trauma on a daily basis,” she said, “and it’s important for us to talk to them about how they’re feeling, and making sure that they have every resource available to them, to move through those challenging moments.”

Much of Awad’s 30-year career was spent with Prince George’s County police. She worked there as a district commander, a shift commander and a special assignment team supervisor, among other roles.

She has bachelor’s and master’s degrees in management from Johns Hopkins University’s School of Education, and she received the school’s prestigious Leadership Award when she graduated.

Awad would also be the first openly LGBT person to hold the position.

Pending approval by the County Council next month, Awad will start on Dec. 17. 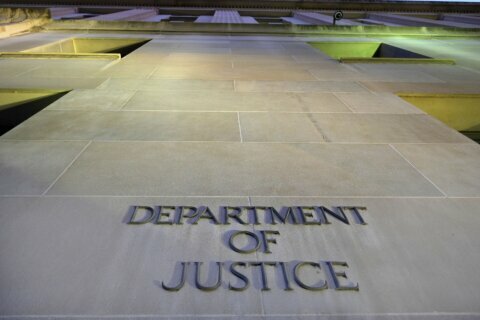