Coronavirus News: Fairfax Co. votes to increase substitute teacher pay | Is it time to get a COVID-19 booster? Which one? | Local cases of COVID-19 | How many in DC region are vaccinated?
Home » Anne Arundel County, MD News » Dozens protest outside Crofton,…

Dozens gathered for a quiet, four-hour protest in front of Regal Cinemas’ Crofton, Maryland, location on Saturday evening after a group from an adaptive day camp for special needs youngsters was turned away nearly two weeks ago.

“This kind of discrimination and bias happens with a lot of our kids a lot of the time,” said Michel Kenny, organizer of the “No Child is a Liability” rally. “It’s kind of the last subgroup that people feel like it’s okay to discriminate against because they don’t complain, and they’re quiet about it and they’ll just walk away.”

According to the Capital Gazette, the camp director was one of the first to buy tickets for the Summer Movie Express nearly two weeks ago, and informed the theater the $1 tickets were for a group of children with special needs. By the time day campers from Camp Mayo arrived in person, the theater had oversold the movie. The camp director then offered to pay full price for another movie, but they were told they couldn’t be accommodated because seating them with the general public would be a “liability”.

“I, like many people, have gone to this Regal theater many times,” said Daniel Kirschner, whose 8-year-old son was with the group that was turned away from the movies that day.

“We won’t be returning here,” said Jamie Kirschner, his wife.

Another couple that was present that day told WTOP no one is at fault in this situation. It was about the numbers — and said there wasn’t enough room to seat the group of about 140 people.

“That’s not discrimination, it just is what it is,” said Greg Baur, her husband.

“They have bent over backward. They have apologized three times. What else can they do,” said Beth Baur.

The Baltimore Sun has reported the chain apologized ahead of the rally — but those demonstrating said their gathering wasn’t about an apology or the freebies offered after the fact.

Jamie Kirschner said she’d be “open in the future” to patronizing Regal Cinemas if there are assurances this won’t happen again, such as proof of anti-bias and sensitivity training for theater employees. “I think that the sensitivity training is needed everywhere. Anybody that deals with the public should definitely receive the proper training on how to deal with all individuals.”

Michael Kenny and other rally goers told WTOP the same. But in the meantime, they say they’ll take their business elsewhere. 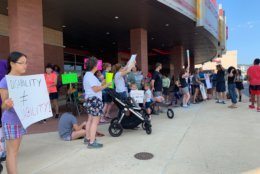 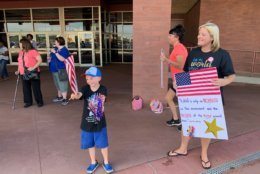 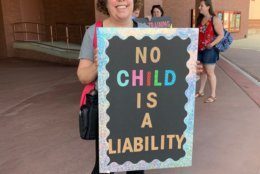 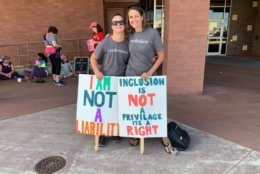 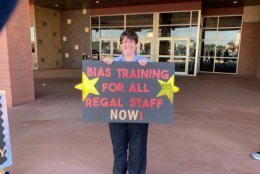 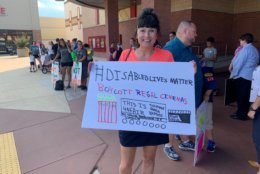 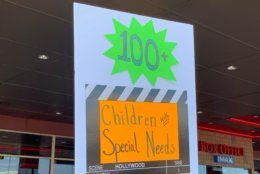 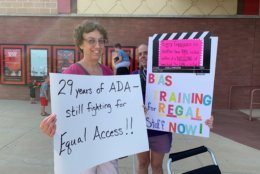