Photojournalist Paul Gillespie survived the June 28, 2018, attack that killed five colleagues in their Annapolis newsroom. He has struggled with anxiety, depression and post-traumatic stress disorder in the days since. But a project he calls "Journalists Matter: Faces of the Capital Gazette" has helped with the healing.
Listen now to WTOP News WTOP.com | Alexa | Google Home | WTOP App | 103.5 FM

It was exactly one year ago that a man who held a yearslong grudge against the Capital Gazette shot his way into the newspaper’s Annapolis offices.

Gerald Fischman, Rob Hiaasen, John McNamara, Rebecca Smith and Wendi Winters were killed in that shooting. Six other staffers who were just feet away survived.

Paul Gillespie is one of them.

Since that shooting on June 28, 2018, he has had problems with anxiety, depression and post-traumatic stress disorder.

“It got to be so all I would do is what I absolutely, necessarily had to do, and that was come to work each day to earn my paycheck,” said Gillespie, who’s been with the paper for nearly two decades.

On his days off, he said, he would just “surf the net or just sleep and not get anything done.”

Then he saw a documentary of a British photographer. His portraits of politicians, celebrities and business leaders made an impression on him, so Gillespie decided he’d experiment with portrait photography. He converted a basement room into a studio.

“And then I thought, ‘Who can I photograph?'” he recalled. The answer came to him quickly.

“The people I know the most are the people I work with every day,” Gillespie said.

At first, it was just something to do in his downtime. The first Capital Gazette co-worker to sit for a portrait was Selene San Felice. Like Gillespie, she is a survivor of the attack. When he sat San Felice down for a portrait, Gillespie said, a phrase came to mind: “The pen is mightier than the sword.”

“So I had her hold a pen like a sword and a notepad like a shield,” he recalled.

That’s when it became something else, a statement about journalism, and the project he would call “Journalists Matter: Faces of the Capital Gazette” was born. Taking these portraits has served as a form of therapy, as he continues processing the enormity of what happened.

‘They’ve already given so much’

Once he completed the photos of current staff members, Gillespie knew he wanted to recognize Fischman, Hiaasen, McNamara, Smith and Winters as well. He approached the family members of those five co-workers, and had them pose with photos or mementos that were significant to them.

“Those have been the greatest gift to me, because they’ve already given so much in losing their loved ones,” Gillespie said. “The gift that they give to me to come be part of my project just means the world to me.”

The first family member who agreed to sit for Gillespie was Winters’ daughter, Summerleigh Winters Geimer. Gillespie explained he has known Summerleigh since she was 5 years old. He was out on assignment and spotted a cute little girl trying on hats in a local shop.

He asked her mother if he could take Summerleigh’s photo for a feature, and that’s when Winters introduced herself as a freelancer for the paper. She would become like family to him — as would his other co-workers.

The project has been cathartic for Gillespie.

“Every one of these photo sessions was kind of like a therapy session for me,” he said. “And in some ways, I think it is for the people that are taking part with me.”

Each session would start with a chat while he’d set up equipment and lighting, he said. “And it really is almost more talking than me photographing,” said Gillespie, explaining that he might ask them to hold a pose or shift, finding just the right look for the photos in between the discussions.

Originally, Gillespie said, his idea was to produce a series of portraits that could be shown at a gallery. He started a GoFundMe page to help generate money for production and gallery costs, and was surprised to see the donations grow to over $14,000 in just six days.

“There’s so much I want to do with this now,” said Gillespie, who’s considering a photo book and expanding efforts to promote journalism. “I want to talk about this with people.”

And he wants them to see journalists as he does: as people who document what’s going on around them, whether it’s joyful or tragic.

Not everyone has agreed to sit for a black-and-white portrait, Gillespie said.

“A couple of people have told me no, and I understand,” he said. “Some people aren’t as comfortable in front of the camera — these portraits aren’t glamour shots,” he said.

“They can be a little harsh, because it’s a harsh thing that’s happened to us. These lives have all been changed forever.”

It has been a hard year, Gillespie explained, and the emotional toll has been high. But he is firm about one thing: “I want people to never forget what happened, and those we lost.”

He is as grateful for the outpouring of support now, on the anniversary, as he was when the City of Annapolis invited the Capital Gazette staff to lead its Fourth of July parade.

“It was like a 2- or 3-mile rolling standing ovation,” Gillespie recalled. “I’ve covered a lot of parades in my years, and I’ve never seen anything like that.

“It felt really good after something so horrible.”

Gillespie shares a little something about each of the staff members who were killed, people he calls his family.

On Winters: “I thought of her as my wacky aunt. She would have these wild stories about her life, and it was just incredible.” When his brother died, he recalled, she was one of the first people to visit his home and make him leave the house and get dinner with her. “She cared about us all,” he said.

On Fischman: “I sat right across from Gerald, and I’m a photographer — I’m not the best with words or grammar or stuff like that,” he said. So Gillespie would lean on Fischman when he had to write captions. Fischman was known for his precision, Gillespie said, and colleagues looked to him for guidance on such matters as Associated Press style.

On McNamara: When Gillespie first started at the Capital, he said, he was a bit intimidated by McNamara. “John could be a little rough around the edges when you first meet him,” he said. But he later found the man to be “a kindred spirit” and the two became “really close,” bonding over a shared love of Bruce Springsteen.

On Smith: Gillespie described the recently hired sales assistant as “a beautiful person” who greeted everyone with a smile. Gillespie said he wished he’d gotten to know her better.

“They were all taken away too soon. Nobody deserved what happened,” he said.

Gillespie said his heart aches every time he hears of another shooting. He recalls getting advice and encouragement over the course of the past year, from learning to deal with a “new normal” to being told that “things will get better.”

But “everybody deals with this in their own way — there’s no playbook on how …” he said, his voice trailing off.

He has reached out to other survivors of gun violence, including The Dallas Morning News photographer who snapped the image of a masked gunman before that man opened fire on a federal courthouse. Gillespie tweeted words of support to that photographer, Tom Fox.

While some survivors of gun violence become active politically, Gillespie said he has not. “I am a journalist, so I don’t really talk about how I feel as far as gun rights,” he said. “I just don’t want anyone ever being murdered — by anything. Just be nicer to people, and don’t go right to the gun if you have a problem with somebody.”

Gillespie has another suggestion.

“Read our work, subscribe to the paper, and be kind to one another.”

To see some of Gillespie’s portraits, visit his GoFundMe page. 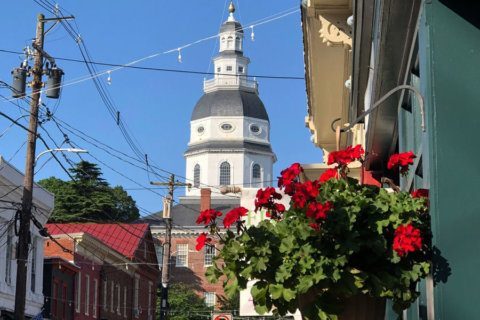