Exactly one year after the Capital Gazette shootings, The Eastport Oyster Boys will perform a song written for the victims during a special "Hope and Remembrance" event Friday.

This week marks one year since the deadly attacks at the Capital Gazette in Annapolis, and while it is a time of grief for many, the community continues to rally around the paper, remember those who died and fight for freedom of the press.

The Eastport Oyster Boys bill themselves as “maritime musical misfits,” and joke that they have roots in “The Maritime Republic of Eastport,” where only three things are needed to be happy: “A good hat, a good dog, a good boat.”

The Annapolis, Maryland-based group was slated to play a concert about this time last year, on June 28. It was to be a summer season kickoff, featuring their typical blend of Americana, Celtic tunes, chanteys and rock ‘n’ roll.

But when word came that five members of the Capital Gazette newspaper staff had been killed in their offices that afternoon, that concert was called off.

The band, whose members have been together for nearly 25 years, got to work on a song to pay tribute to the victims: Gerald Fischman, Rob Hiaasen, John McNamara, Rebecca Smith and Wendi Winters.

Kevin Brooks, one of the band’s co-founders, said that within a week, bandmate Mike Lange had composed a song they hoped would honor those lost while providing solace to the community. And on July 20, they played “Rise Up: We Are All in This Together” at the Maryland Hall for the Creative Arts in Annapolis.

Exactly one year after the Capital Gazette shootings, on a day that has been proclaimed “Freedom of the Press Day,” Brooks and his band will once again play “Rise Up” during a special event at the hall.

The band, which delves into music history in its shows, values freedom of the press, Brooks said. “It is our lifeblood. It’s the way that we know — one, what’s happening in our community, but also how we can be engaged in our community,” he said.

Brooks knew Winters, and wasn’t surprised to learn that when the gunman confronted her, she tried to defend herself with what was on hand — a trash can and a recycling bin.

“Wendi Winters was special,” he said. “She had a defiant streak in her.”

He echoed descriptions of Winters as a “den mother” and “mama bear.” Recalling the account of Winters’ attempt to stop the gunman, Brooks said she “went into Wendi mode.”

Eleven people were in the Capital Gazette office that day; six made it out alive.

Friday night’s event, titled “Hope and Remembrance,” was organized by the Maryland Hall, the City of Annapolis and the Unitarian Universalist Church of Annapolis. Victims’ relatives will share their memories, and Capital Gazette editor Rick Hutzell will speak.

And there will be that song from The Eastport Oyster Boys. Brooks admits it can be hard to get through it.

“You often see us choke up or a tear onstage,” said Brooks, adding that the song’s also a bit of a rallying cry, with its lyrics: “Rise up! And do what you can. Rise up! So this don’t happen again. We’re all in this together.” 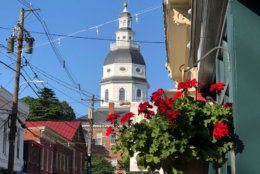 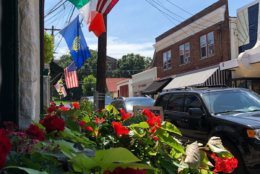 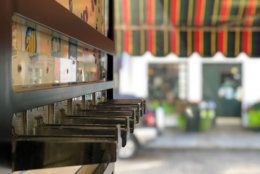 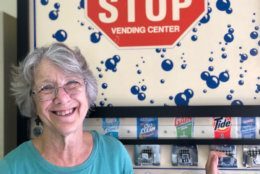 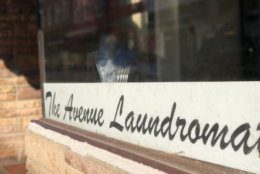 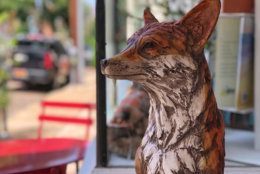 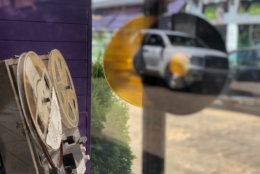 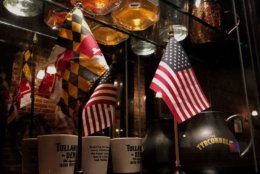 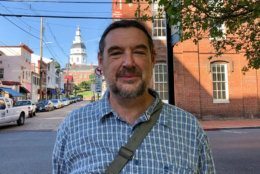 After the Capital Gazette shooting at the paper’s Bestgate Road offices, the staff relocated to Maryland Avenue, where it shared space with the University of Maryland Capital News Service.

It offered quiet refuge for the surviving staffers as they recovered from the attack’s horror and resumed their work. Nearby businesses, too, offered a warm welcome — and calm.

While Main and West streets are big draws for tourists and students alike, Maryland Avenue and its quirky storefronts — including a record shop, a laundromat, independent book shops and antique stores — are quieter, with the feel of a small town.

Walk into Annie Small’s laundromat and you’ll find her there, making sure the machines are clear, stocking the soap dispensing machines, and welcoming Sean Lynch, general manager of the pub across the street, Galway Bay. He brought her several plastic buckets. Potatoes and pickles are delivered in those 5 gallon buckets; she likes to use empty ones for mulch at home.

“Galway Bay, being the good neighbors that they are, are able to give these buckets away after they use them,” she said, “and I’m so lucky!”

Another sign that this is a tight-knit community is a literal sign in the business’s window: Reading “The Avenue Laundromat,” it was made for Small by a customer.

Asked about the Capital Gazette and its importance in the community, Small said: “I’m a business in Annapolis. Of course I get the Capital!

John Schumaker has lived in Annapolis for 10 years. Maryland Avenue, he said, has the feel of a small English village where everyone knows everyone else, yet people aren’t intrusive.

“The only reason I knew [the Capital Gazette was] here is because there was a security guard, and I would hang out and talk to him,” he said. That security guard, Lon Sheetz, often stopped by the laundromat.

Over at Galway Bay, which is proud to not have a television — the better to generate conversation among customers — Lynch said it was a while before he knew the paper had even moved into the neighborhood.

“We extended a hand then, just as everyone else on the street did.” Lynch said. “It was second nature to us to extend a hand to somebody who lives on the street here.”