Investigation into prisoner’s suicide focuses on treatment of disabled inmates

LAUREL, Md. — An investigation into the death of an isolated inmate at Maryland Correctional Institution for Women has found the prison ran afoul of the U.S. Constitution as well as the state’s constitution and the Americans with Disabilities Act.

Disability Rights Maryland, the advocacy organization that works to protect the rights of the disabled and investigates claims abuse of and neglect in prisons, conducted an investigation into the November 2017 death of Emily Butler. Their report, which was released Friday, was also prepared by Munib Lohrasbi, a Community Fellow with the Open Society Institute (OSI) of Baltimore.

The report found that Butler, who had been admitted to MCIW in 2015, had been placed in the prison’s segregation unit on Friday, Nov. 10, 2017.

Two days later, she was dead.

Butler had been accused of throwing coffee on her friend, another inmate, during an argument. She was distraught about the disagreement and was worried it might affect her parole chances the following spring. She repeatedly asked to speak to her dad, and asked for mental health assistance.

“Ms. Butler’s records reveal that during a previous placement in segregation, she affirmed that she knew to ‘tell somebody’ if she felt like hurting herself because there were mental health professionals available for help. In this instance, reports of her ‘telling somebody’ did not produce help,” the report states.

Butler was only allowed out of her cell to shower.

Inmates in the segregation unit must be monitored every 30 minutes, the report states, citing an order that determines practices at the facility. Those security rounds must be documented in a log book.

The investigation also revealed that, a week before Butler died, her depression medications were changed due to increased symptoms.

To better address the needs of inmates with disabilities, recommendations by Disability Rights Maryland include prohibiting patients with serious disabilities from being placed in the segregated or restrictive units where most of the day is spent inside a cell.

If circumstances dictate that such restrictive housing is the only option, the organization recommends allowing inmates more time outside their cells.

The report also recommends the implementation of “a mandatory pre-screening evaluation process before placement in restrictive housing to identify individuals with serious disabilities, divert them from restrictive housing units, and match them to alternatives.”

Butler’s history of serious mental illness, which the report finds was documented when she entered the facility and was part of her prison records, might have been flagged if she had a mental health evaluation before being placed in the more restricted environment.

In an emailed statement to The Washington Post, Michael Zeigler, deputy secretary of operations for the Maryland Department of Public Safety and Correctional Services, said the department and MCIW Warden Margaret Chippendale have been recognized at the national level for dignified treatment of inmates.

“With her 40 years of correctional experience, Warden Chippendale is known throughout the state for implementing innovative prison programs, ranging from providing healthy inmate meals to devising a system to divert more inmates from restrictive housing,” Zeigler said in the statement.

“We take our mission to protect the public, our staff and the inmates in our custody very seriously and remain confident that the warden and her staff are doing everything in their power to keep the inmates at their institution safe.” 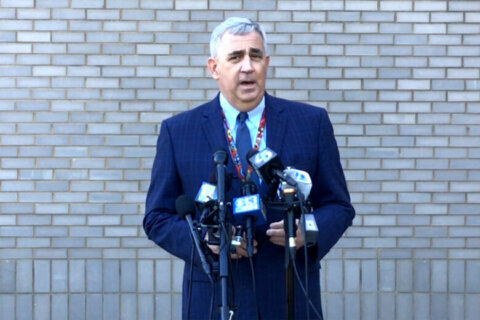