Mourners holding candles lined the streets of Annapolis to honor those who died when a gunman entered the building of their hometown newspaper.
Listen now to WTOP News WTOP.com | Alexa | Google Home | WTOP App | 103.5 FM

WASHINGTON — Mourners holding candles lined the streets of Annapolis on Friday to honor those who died when a gunman entered the building of their hometown newspaper.

Surrounded by his colleagues, Capital Gazette reporter Phil Davis read the names of his co-workers Rebecca Smith, Gerald Fischman, John McNamara, Wendi Winters and Robert Hiaasen. They were killed when Jarrod W. Ramos entered the newspaper’s office on Thursday and shot them with a long gun. 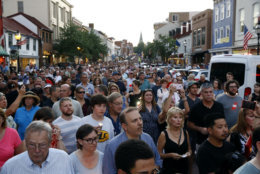 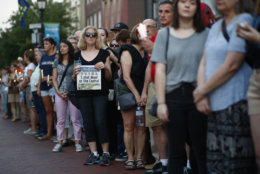 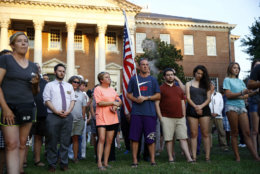 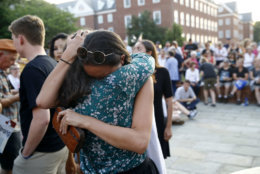 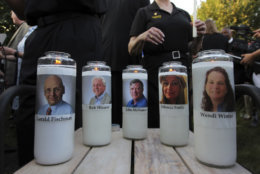 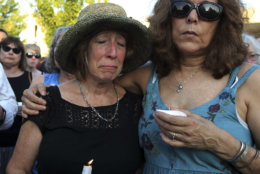 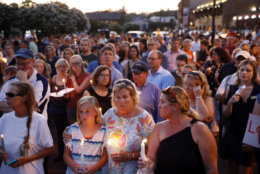 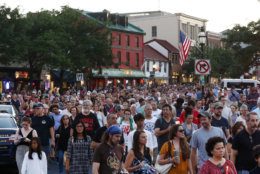 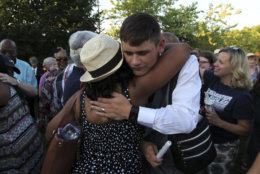 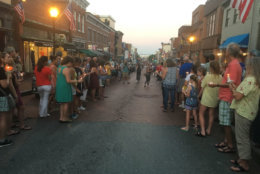 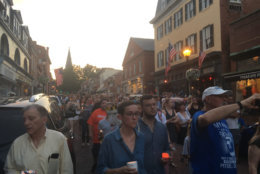 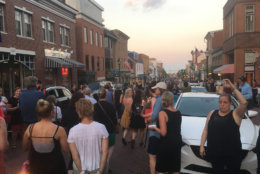 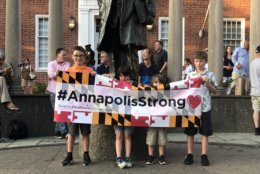 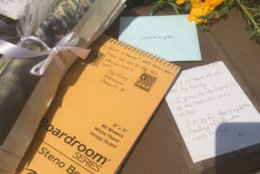 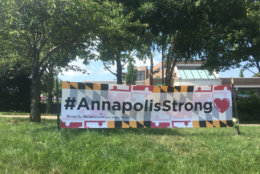 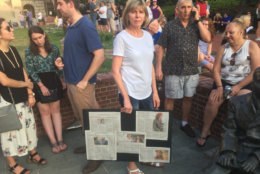 Davis told the crowd outside the state house building that they are here to “honor who (the victims) were and what their families did not have to go through.”

Kathy Korin, of Annapolis, came to the vigil with sign that featured the newspaper obituaries of the five people who were killed.

“Annapolis is our city, and we feel like it is under attack,” Korin said.

Maryland House Speaker Mike Busch spoke and praised the newspaper for not missing the Friday edition, saying that it was the “greatest tribute their colleagues could have paid them.”

Ramos, 38, of Laurel, Maryland, had his first court appearance in Anne Arundel District Court Friday. He appeared by video from the county detention center and was told he is charged with five counts of first-degree murder and could face life in prison. He is held without bond.

Ramos filed a lawsuit against the Capital Gazette over a 2011 article about him. The lawsuit was thrown out and the courts ruled against him in a following appeal.

Two Capital Gazette employees, Janel Cooley and Rachael Pacella, were injured in the attack but have since been released from the hospital. 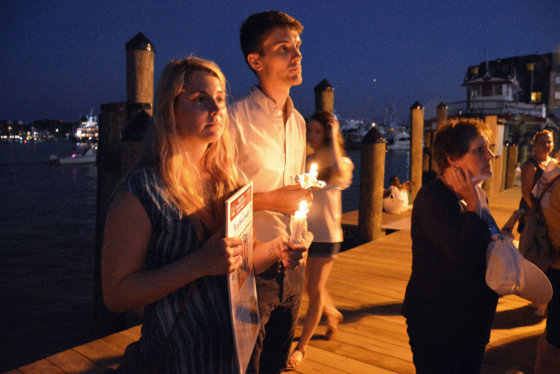 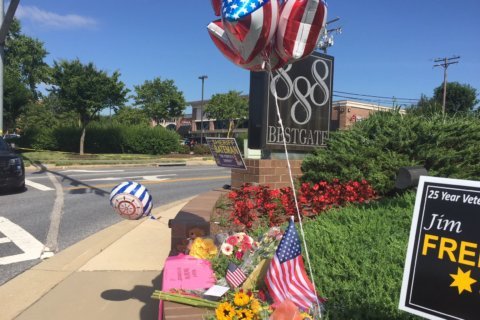