A devastating fire Saturday destroyed the Annapolis Yacht Club on the waterfront of Maryland's capital city. The city plans to expedite the permits needed to rebuild the iconic landmark that traces its roots to 1886.
Listen now to WTOP News WTOP.com | Alexa | Google Home | WTOP App | 103.5 FM
(1/6) 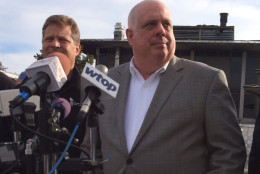 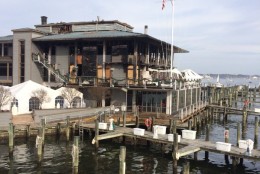 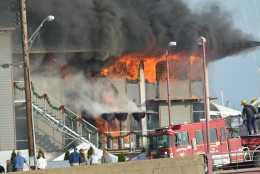 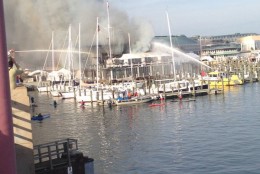 ANNAPOLIS, Md. — As leaders of the Annapolis Yacht Club sifted through the fire-torched ruins of the club’s waterside building Sunday, the focus shifted to rebuilding and relocating.

“Our plans include, first and foremost, to try and find a suitable location to relocate the Annapolis Yacht Club and fly our flag from,” says Ron Jabin, commodore of the club.

“We’ll rebuild and it will be better than it was before and we’re looking forward to that,” Jabin says.

A fire on Saturday destroyed much of the waterside building and sent two responders to the hospital for minor injuries.

“It’s a tragedy, but the wonderful news this holiday season is that … the public wasn’t in there, the members weren’t there and the staff got out. Everybody was safe,” says Maryland Gov. Larry Hogan, who surveyed the club on Sunday.

Hogan and Annapolis Mayor Mike Pantelides have vowed to clear away red tape to help the club promptly rebuild.

“It’s a tragedy. It’s a huge loss for the city of Annapolis,” Pantelides says. “We’re going to take a leadership role, expedite their permits. We’re going to make sure to get this up and running as soon as we can.”

The club has publicly committed to financially support its 150 employees, whose jobs may be displaced by the fire, through the holidays.

The yacht club, which traces its roots to 1886, has not yet determined the extent of the lost artifacts. But Vice Commodore Debbie Gosselin says trophies, oil paintings and meticulous wood models of renowned sailing ships were among the items destroyed.

The cause of the fire has not been determined, according to Capt. Janet Wiseman, of the Annapolis Fire Marshal’s Office.

The yacht club’s wooden building was constructed in the 1970s and was not equipped with a water sprinkler system.

Wiseman says having a sprinkler system would have made a drastic difference. 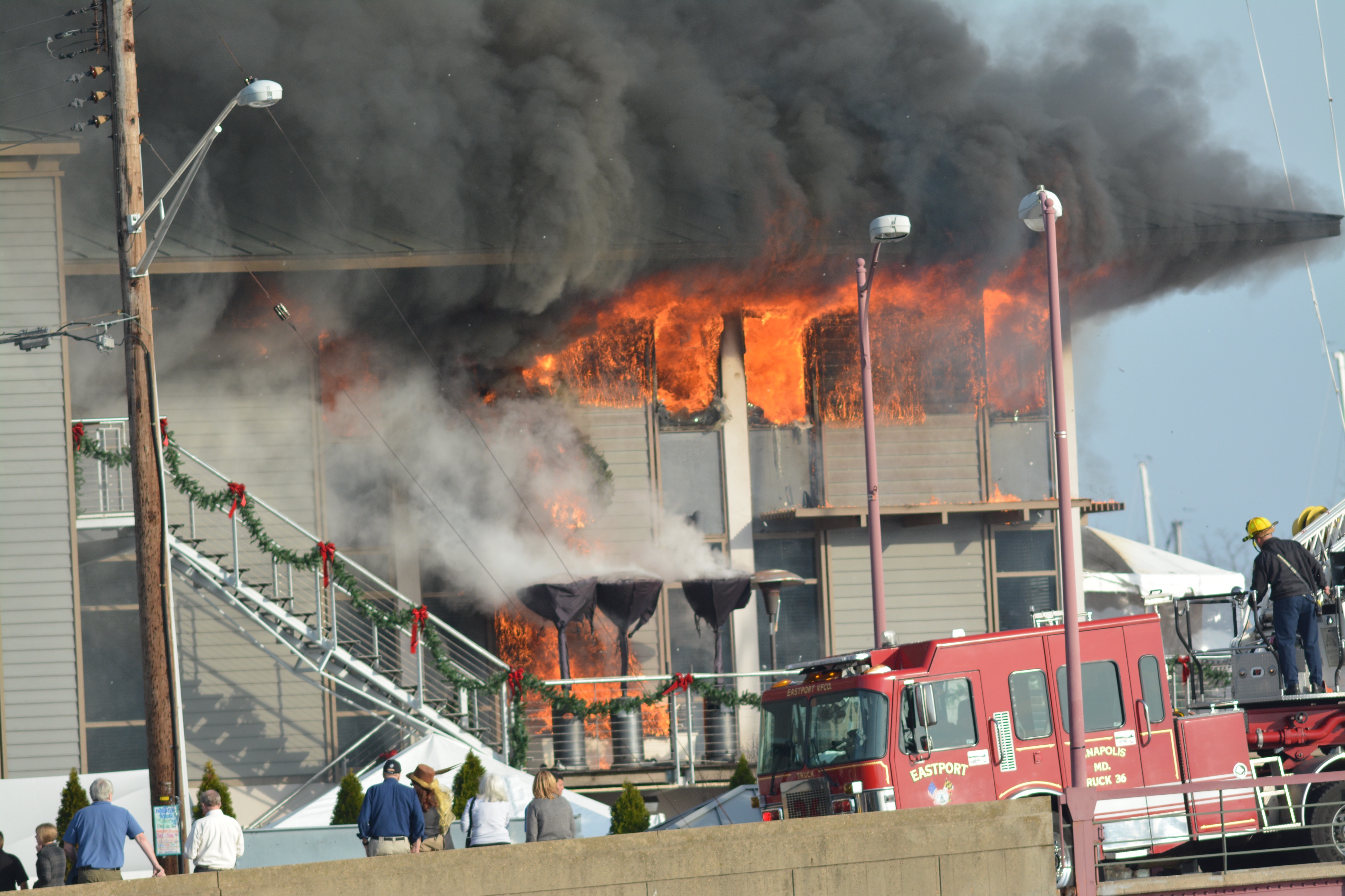