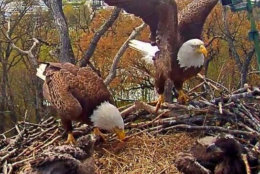 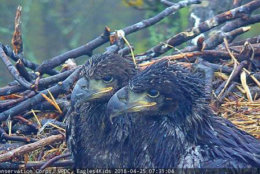 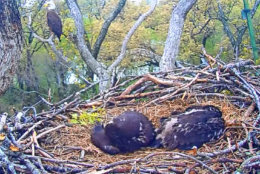 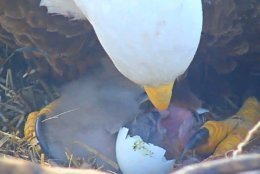 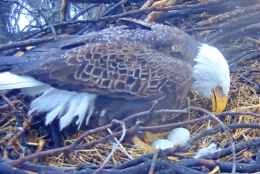 WASHINGTON — Forget about the latest royal progeny. The new baby names everyone in the D.C. area really cares about are the ones belonging to the feathered balls of joy nesting high above the police academy in Southwest D.C.

The Earth Conservation Corps announced Friday the two eaglets that hatched last month to proud parents Liberty and Justice have been christened Honor and Courage.

The names were chosen by an online vote, the group said. More than 120 schools around the world submitted more than 250 different names for the eaglets. All told, more than 6,000 votes were cast. Both of the names chosen were submitted by Northern Virginia elementary schools, the group said.

The D.C. eagle pair have roosted above the police academy since 2004, and Liberty has laid at least one egg every year since then. They are one of two bald eagle pairs in the city. The President and the First Lady roost above the grounds of the National Arboretum.

See a livestream of Liberty and Justice’s brood below: 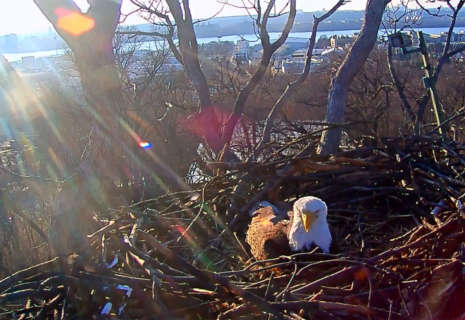 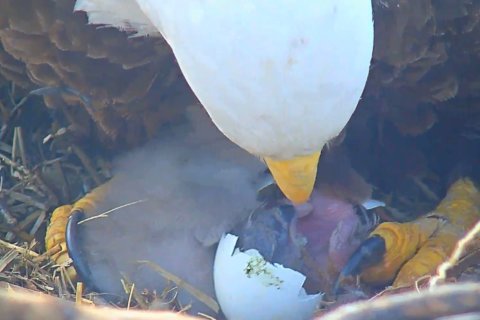 High above Southwest DC, a 2nd eaglet is coming out of its shell 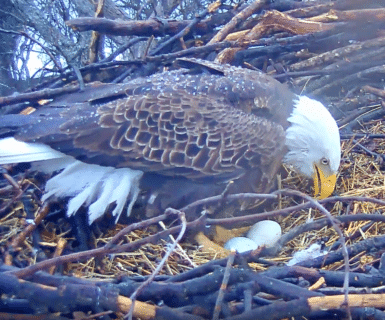