In honor of Presidents Day, walking tours of Alexandria let locals step back in time 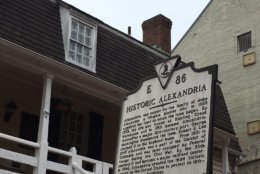 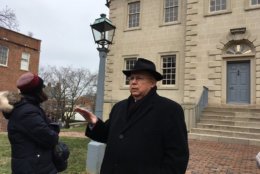 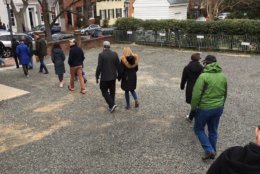 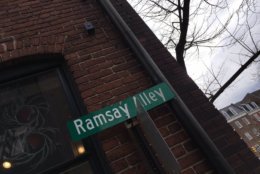 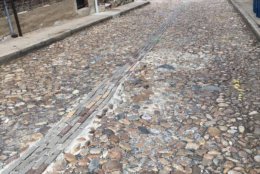 ALEXANDRIA, Va. — In honor of Presidents Day, events are being held throughout the month to allow locals get to know the nation’s first president — George Washington — along with his times and contemporaries.

Danny Smith is one of the guides. He said while he has lots of historical information on hand, the topics discussed during walking tours are largely based on tourist questions. One example: what is the origin of the term “Mr. President?”

Hail to the chief: Take our presidential trivia quiz

Who was the shortest president? The heaviest? Which one never voted except for himself? Which one suffered the worst re-election defeat? Presidents Day is coming. How well do you know the less-important facts about the nation’s leaders?

Smith said it was first used in a speech read by the son of William Ramsay, when the younger Ramsay was mayor of Alexandria.

“You’ve probably heard of Lighthorse Harry Lee, he was one of the most accomplished cavalry officers in the Revolutionary War. He was also an accomplished speech writer. Well, he wrote that speech and in that speech is where the term ‘Mr. President’ came from,” Smith said.

Smith told the group that Congress was also meeting around that time, and Richard Bland Lee — who represented Northern Virginia — introduced a bill.

“And in that bill, he said, ‘Well, let’s call him Mr. President.’ Well, that’s kind of a coincidence,” Smith said, “because Richard Bland Lee was the brother of Lighthorse Harry Lee who wrote the speech that Mayor Ramsay had actually presented.” The tour group chuckled as Smith traced the family connection.

During Presidents Day weekend, there are several George Washington-themed events throughout the city, from a parade to a scavenger hunt for places related to the nation’s first president.