Coronavirus News: Fairfax Co. votes to increase substitute teacher pay | Is it time to get a COVID-19 booster? Which one? | Local cases of COVID-19 | How many in DC region are vaccinated?
Home » Alexandria, VA News » Motorcyclist killed in Alexandria crash

One person was killed in a crash on King Street in Alexandria, which closed the road for hours on Friday morning. Police are still investigating what caused the crash.
Listen now to WTOP News WTOP.com | Alexa | Google Home | WTOP App | 103.5 FM
(1/2) 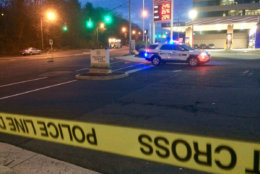 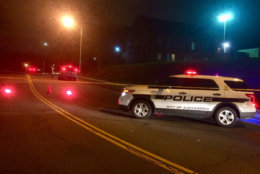 Both sides of King Street are now open. A couple lanes blocked on Eastbound side… but both sides moving. @WTOPtraffic @WTOP pic.twitter.com/mCI6HmFKRC

Police closed the road to traffic in both directions for several hours beginning a little after 2:30 a.m. when the crash happened.

The driver of the motorcycle was pronounced dead on the scene.

There is no word yet on what caused the crash.