Closed schools on ‘Day Without a Woman’ leave some parents scrambling

The “unusually high number” of call-outs may be connected with the “Day Without a Woman” nationwide protest and social media campaign, schools superintendent Alvin Crawley said in a statement Monday.

Some students of parents at Patrick Henry Elementary School said they were surprised by the school’s decision and are seeking to make alternative arrangements.

“It came out of nowhere,” said a parent named Nebriya who asked WTOP only publish her first name.

“I understand it. It’s just a little last-minute for parents to deal,” another parent, Jen Ziegler said.

There are 16 public schools, including 12 elementary schools, in the county and more than 15,000 total students.

Crawley said the decision to cancel classes Wednesday was “based solely on our ability to provide sufficient staff to cover all our classrooms,” and does not signal political support for the protest.

The “Day Without a Woman” campaign is led by the same group who organized the D.C. women’s march, which drew massive crowds to the National Mall the day after President Donald Trump’s inauguration.

The campaign, which falls on International Women’s Day, encourages women to take the day off, to avoid shopping and to wear red to recognize “the enormous value that women of all backgrounds add to our socio-economic system — while receiving lower wages and experiencing greater inequities, vulnerability to discrimination, sexual harassment, and job insecurity,” organizers wrote on the effort’s website.

The decision sparked a divided reaction on WTOP’s Facebook page.

“How is causing another woman to possibly lose a day of pay or to spend more money that she already can’t afford on childcare helping other women?” Facebook user Catherine FitzPatrick Bond wrote.

“Now these parents, who arranged their schedules around their kids being in school, have to lose a day of pay or sick day,” user Amber Fawn Andershonis said. “300 teachers taking off on the same day is crazy, and all it is doing is taking a day of learning away from students.”

Some parents say they support teachers who are taking the day off to make a point.

“We’re not affected by it,” said a Patrick Henry parent, Valerie Gregory. “Even if we were, I would have taken the day off to stand in solidarity against a hateful embarrassment of our country right now.”

In Alexandria, the day will be considered a teacher work day and will not need to be made up by students.

Center City Public Charter Schools in D.C. announced Tuesday afternoon on Facebook that it will be closed Wednesday because of “the large number of staff requests for the day off to participate in A Day Without A Woman.”

The central office will open at 10 a.m. with limited staff, it says on the Center City page.

So far, it is the only other school system in the D.C. area with plans to close.

Alexandria schools to close Wednesday during ‘Day Without a Woman’ 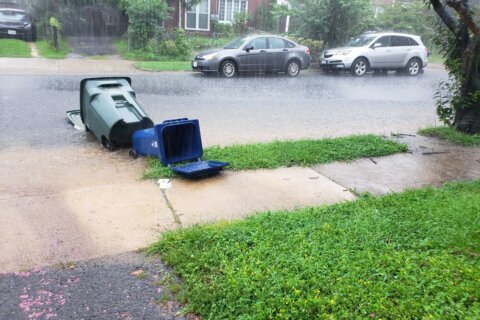 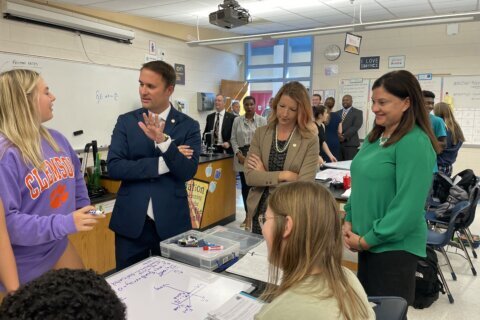 A Day Without a Woman | alexandria city public schools