DUBAI, United Arab Emirates (AP) — Iran on Wednesday announced sanctions targeting more than 30 European individuals and entities, portraying the move as a response to recent European sanctions against officials linked to a crackdown on nationwide protests.

The sanctions would bar travel to Iran and allow authorities to block bank accounts and confiscate property in Iran. Those targeted are unlikely to have either, rendering the move largely symbolic.

The move came two days after the European Union widened its sanctions to target dozens of Iranian officials and organizations linked to the violent suppression of recent protests. It stopped short of branding Iran’s paramilitary Revolutionary Guard a terrorist group despite an appeal from the European Parliament.

In a separate development on Wednesday, Iranians experienced a brief, nationwide internet outage lasting around 10 minutes. Authorities said they were investigating the cause of the outage.

Iran has cut off internet access at various times since the protests began four months ago, making it difficult for activists to organize and share information. Authorities have also heavily restricted media coverage of the unrest.

Iran has long been under heavy U.S. and European sanctions linked to its disputed nuclear program and support for regional militant groups. The nuclear sanctions were lifted under a landmark 2015 agreement with world powers, but President Donald Trump restored them after unilaterally withdrawing the U.S. from the deal.

Iranians have taken to the streets since September over the death of a 22-year-old woman who was arrested by the morality police for allegedly violating Iran’s strict Islamic dress code.

The demonstrations have called for the overthrow of Iran’s theocracy and pose one of the biggest challenges to the ruling clerics since the 1979 revolution that brought them to power. Rights groups say security forces have used live ammunition, bird shot and beatings to disperse protests.

At least 527 protesters have been killed and over 19,500 people have been arrested, according to Human Rights Activists in Iran, a group that has closely monitored the unrest. Iranian authorities have not provided an official count of those killed or detained, and have blamed the protests and violence on foreign powers without providing evidence.

The demonstrators say they are fed up after decades of social and political repression by a clerical leadership they view as corrupt and incompetent. 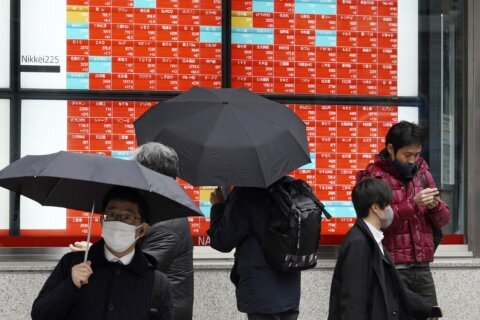