Members of France’s Kurdish community and others are holding a silent march Monday to honor three people killed in a shooting at a Kurdish cultural center in Paris.
Listen now to WTOP News WTOP.com | Alexa | Google Home | WTOP App | 103.5 FM
(1/11) 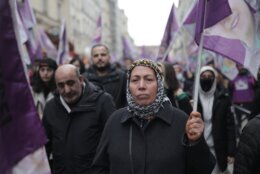 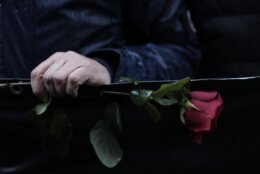 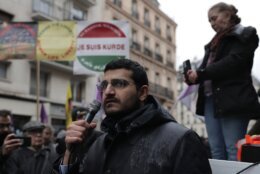 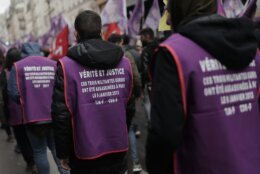 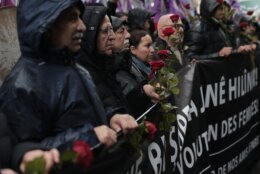 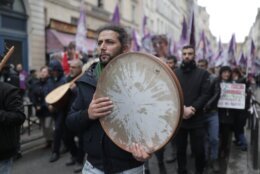 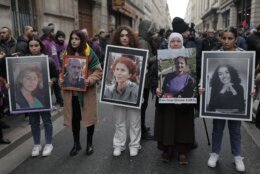 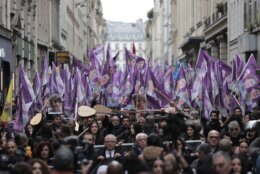 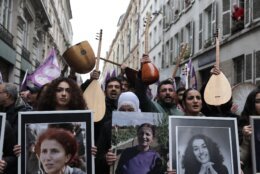 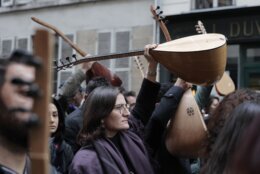 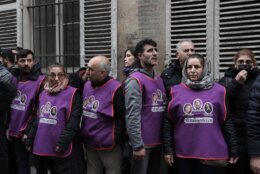 PARIS (AP) — Members of France’s Kurdish community and others held a silent march Monday to honor three people killed in a shooting at a Kurdish cultural center in Paris that prosecutors say was motivated by racism.

Turkey summoned France’s ambassador Monday over what it called “black propaganda” by Kurdish activists after the shooting. Some have marched in Paris with flags of the banned Kurdistan Workers’ Party (PKK), or suggested that Turkey was linked to the shooting.

A 69-year-old Frenchman was handed preliminary charges Monday of racially motivated murder and weapons violations over Friday’s shooting, the Paris prosecutor’s office said. The suspect told investigators that he had wanted to kill migrants or foreigners and then had planned to kill himself, and said he had a “pathological” hatred of non-European foreigners, according to prosecutors.

He was briefly put in psychiatric care, but then returned to ordinary police custody. The suspect’s name hasn’t been officially released though he is identified by French media as William K.

The shooting shocked and infuriated the Kurdish community in France, which organized the silent march on Monday. Demonstrators marched from the site of Friday’s shooting to the location where three women Kurdish activists were found shot dead in 2013.

“Every day we ask ourselves when someone will shoot at us again. Ten years ago we were attacked in the heart of Paris and 10 years later again,” said Dagan Dogan, a 22-year-old Kurd at Monday’s march. “Why there was nothing done to protect us?”

The solemn march ended calmly. Skirmishes broke out in the neighborhood where the killings took place on Friday, and again on the sidelines of a mostly peaceful Kurdish-led demonstration on Saturday.

Prosecutors say the suspect had a clear racist motive for the shooting.

Anti-racism activists and left-wing politicians have linked it to a climate of hate speech online and anti-immigrant, xenophobic rhetoric by far-right figures. The French government has reported a rise in race- or religion-related crimes and violations in recent years.

French authorities have called Friday’s attack an isolated incident, but some Kurdish activists in Paris think it was politically driven.

Turkey “expects France to act prudently over the incident and not to allow the (banned PKK) terrorist organization to advance its sneaky agenda,” Anadolu reported.

The PKK has waged an armed separatist insurgency against the Turkish state since 1984 for independence, which has more recently morphed into demands for greater autonomy. The conflict has killed tens of thousands of people and displaced many, with a significant number of ethnic Kurds and alleged PKK supporters migrating to European countries.

Turkey, the United States and the European Union consider the PKK a terror group, but Turkey accuses some European countries of leniency toward alleged PKK members. That frustration has been the main reason behind Turkey’s continued delay of NATO membership for Sweden and Finland.

Suzan Fraser in Ankara, Turkey, and Oleg Cetinic in Paris, contributed to this report.

Iranian director freed on bail after going on hunger strike