Beijing ruled Friday that Hong Kong’s leader has the power to decide whether foreign lawyers can be involved in national security cases in the city — a decision that could effectively block a prominent pro-democracy publisher from hiring a British barrister for his high-profile trial.
Listen now to WTOP News WTOP.com | Alexa | Google Home | WTOP App | 103.5 FM

HONG KONG (AP) — Beijing ruled Friday that Hong Kong’s leader has the power to decide whether foreign lawyers can be involved in national security cases in the city — a decision that could effectively block a prominent pro-democracy publisher from hiring a British barrister for his high-profile trial.

China’s top legislative body made a legal interpretation that targets overseas lawyers who do not normally practice in the city, according to China’s Xinhua news agency. Its decision could overturn an earlier ruling by Hong Kong’s top court to let Jimmy Lai, the founder of the now-defunct Apple Daily, employ Timothy Owen to defend him against collusion charges under a Beijing-imposed National Security Law.

Friday’s ruling marks the sixth time the Communist-ruled national government has stepped into the legal affairs of the former British colony, which was promised a “high degree of autonomy” and judicial independence for 50 years when it returned to China in 1997.

The Standing Committee of the National People’s Congress said the city’s courts have to obtain a certificate from the city leader on whether foreign lawyers could handle such cases, according to the state media report.

If the courts didn’t, then the city’s committee for safeguarding national security, chaired by the city leader, should make the decision, it added.

Asked on his certification process, Lee said he would look at all the information available to him to assess whether a particular activity relates to national security or any evidence involves state secrets when such questions arise in courts.

“The power to make such a decision has been clearly stipulated since the enactment of the National Security Law. So the legal interpretation has not given the chief executive more powers,” he said at a press briefing.

He said the government would proactively consider amending the Legal Practitioners Ordinance and enact the city’s own national security legislation as soon as possible.

The government’s 2003 attempt to set up its own security laws, which is required by the city’s constitution, was abandoned in the face of huge protests.

Eric Lai, a fellow at Georgetown Center for Asian Law, said the legal interpretation has damaged the city’s judicial independence because it allows the national security committee to overturn the final court’s decision.

“Although the content of this legal interpretation appears brief, the massive arbitrary power granted to the committee is a devastation to Hong Kong’s rule of law and judicial independence,” he said.

In national security cases, defendants’ right to pick their lawyers is now being controlled by the administrative branch, he added.

The National Security Law criminalizes acts of succession, subversion, terrorism, and collusion with foreign forces. It has led to the arrests of many prominent democracy activists and damaged faith in the future of the international financial hub.

Lai, who was sentenced Dec. 10 to five years and nine months of jail in a separate fraud case, is accused of conspiring together with others to call for an imposition of sanctions or blockade, or engage in hostile activities against Hong Kong or China. He also faces a charge of collusion with foreign forces to endanger national security, and a separate sedition charge under a colonial-era law that is increasingly used to crush dissent.

His trial, originally scheduled to begin Dec. 1, was postponed until September 2023 as the city awaited Beijing’s decision. 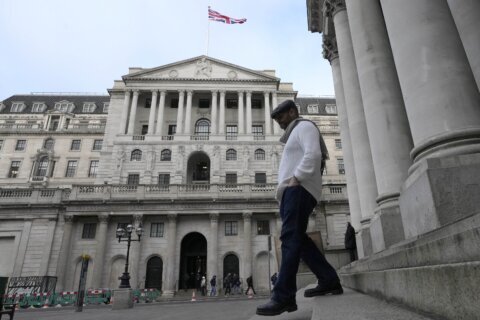