Celebrating the birth of our nation this year is going to look very different than in years past.

Gone is the gathering on the Capitol lawn to listen to the National Symphony Orchestra, as well as the mass gatherings along the National Mall to gaze upon the amazing fireworks display.

This year’s celebrations will probably include more intimate backyard barbecues and watching fireworks from balconies or on television sets.

But that does not have to stop you from celebrating the anniversary of the founding of our country this weekend with the one grape that America lays claim to as its own: Zinfandel.

Zinfandel has long been considered the All-American grape.

According to Zinfandel lore, a Bostonian nursery owner, George Gibbs, brought the first vine cuttings back from Vienna, Austria, in the 1820s. But it’s a little more complicated than that.

It turns out that the Primitivo grape in Puglia, Italy, was found to be genetically identical to Zinfandel, but further genetic testing suggests that the grape actually originated from Croatia.

In 2001, researchers discovered grape vines known as “Crljenak Kaštelanski” on Croatia’s Dalmatian coast that turned out to be a perfect DNA match with the DNA of California Zinfandel.

So how did it end up in Austria?

Well, it is possible that Austria obtained the vines during its rule over Croatia. And then the vines fell into the hands of Mr. Gibbs, who brought it back to the good ol’ U.S. of A.

During the gold rush, Zinfandel hitched its wagon and headed west where it gained popularity among Italian farmers for the vine’s ability to grow free-standing, making it easy to care for and harvest.

Some of these original “gold rush vines” still exist and have earned the title “ancient vines” (loosely defined as vines that have been in active use for at least 100 years).

Zinfandel wines traditionally offer a range of dark and red fruit flavors, but the most common tend to proffer cherry and berry notes, hints of black pepper, Asian spices and even melted black licorice.

This combination provides plenty of pairing power for a wide variety of grilled and barbecue fare.

Talk about an All-American family, the Mettler family has been growing grapes in Lodi, California, for six generations. They still farm some of the original family properties that date back to the late 1800s.

Their 2017 Mettler Family Vineyards “Epicenter” Old Vine Zinfandel is a wonderful way to celebrate the Fourth — especially if your grilling burgers this weekend.

Dense yet supple, this All-American offers up blackberry, black cherry and dark raspberry flavors on a medium-bodied frame supported by smooth tannins and bright acidity.

The characteristic notes of pepper are backed up by a hint of cocoa on the charming finish. $25

A blend of 85% Zinfandel and bits and pieces of Mataro, Grenache, Alicante Bouschet, Carignan, Petite Sirah and scant amounts of other varieties, this old-style field-blend sports the traditional trademark notes of spicy earth on both the nose and the palate.

Additional flavors of dark cherry, black raspberry and cocoa glide across the tongue with charm and complexity.

The notes of melted black licorice on the smooth finish make this a tempting choice to pair with a dense chocolate tort. $28

Italian immigrants who settled in the Dry Creek Valley — located in the northern most portion of Sonoma County, California — in the latter part of the 19th century reserved the fertile valley floor for cash crops, such as wheat, apricots and prunes, and relegated the rocky slopes of the hillsides to the Zinfandel grapevines, which they vinified for personal use.

It’s a great value and is a wonderful example of how vibrant old vine wines can be. The average vine age is 100 years old and produces a complex and delicious wine with aromas of black plum, chocolate and just a hint of cinnamon while the palate revels a well-balanced combination of blackberries, cherries and plums that coats the tongue. The touch of pepper on the long finish sings classic Zinfandel. $38

What do you get when you cross a successful movie mogul with a passion for Napa Valley? You get Rich Frank, owner of Frank Family Vineyards in Calistoga.

Frank is considered one of the most creative minds in Hollywood, where he proved his talents as the chairman of Walt Disney Television and then as president of Walt Disney Studios.

Today, Rich — together with his wife Leslie— produces over a dozen different wines with their talented winemaker, Todd Graff. One of my favorites is the 2017 Frank Family Vineyards Zinfandel.

The black cherry bouquet is accented by scents of cinnamon stick and clove. Flavors of ripe raspberry, spicy cherry and black pepper sing on the front of the tongue while hints of savory Asian spices round out the long finish. At $40, it is an “E Ticket” ride for your palate.

Editor’s note: The name of Rich Frank’s wife is Leslie. 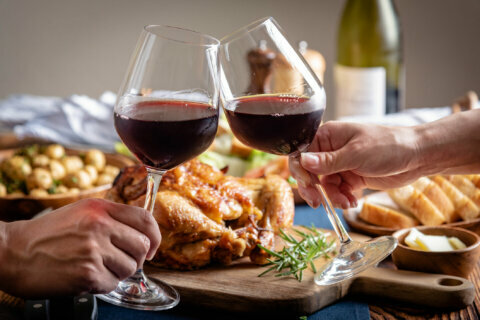 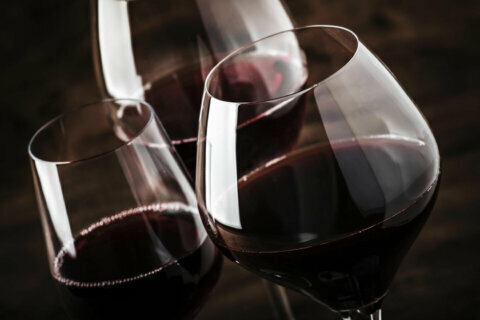 Wine of the Week: The amazing wines of Michael-David 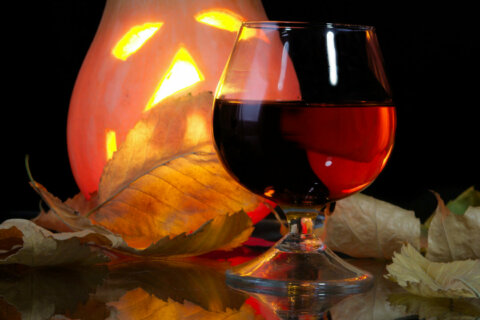 Wine of the Week: Halloween candy and wine pairing