Wine of the Week: It’s all Greek (wine) to me

WASHINGTON — Greece is considered by many to be the birthplace of wine. It has the oldest documentation of a deity dedicated to wine — Dionysus — plus, there is archaeological evidence to support the theory that wine was an important part of Greek life more than 4,000 years ago.

Wine was not only a staple of the daily Greek diet, but also played a viable role in the country’s economy, as well as its cultural celebrations.

The earliest evidence of wine production was found on the island of Crete. Pieces of ceramic vessels, called amphora, have been shown to date back to the third century, B.C. These amphorae, used to transport wine for trade and storage, were made of different shapes and sizes to identify their city of origin and had an elaborate labeling system, similar to the labels we use on wine bottles today.

As the empire expanded, Greeks introduced winemaking techniques throughout their Mediterranean settlements in Italy, France and Spain. At the same time, they quickly realized how important it was to protect the authenticity of wines produced in specific regions. The Greeks developed a basic “appellation d’origine controlee” system to protect the value of wines from particular regions, and harsh penalties were imposed on counterfeiters.

Today, some of the more than 300 indigenous Greek grape varieties can be found growing throughout the wine-producing world. In addition, the bright sunny climate and fertile soils provide an ideal environment for popular nonnative varietals that many young winemakers are beginning to use.

While Greek wines may be both delicious and affordable, finding them isn’t always easy. That’s where Dimitri Galanis and Angelo Spyridakis come in handy.

They are the founders of Uncorked Greeks, which started as a Facebook idea when the two Greek friends shared their passion for wine travel in their homeland. They quickly realized that the majority of fine Greek wines could only be found at restaurants, but not in retail shops in the area.

So in early 2018, they decided to create an exclusive all-Greek wine program offered through an online e-shop portal. Their ambitious goal is to have a bottle of quality Greek wine at every household. Their moto: “Uncorkedgreeks will bring the Greek vineyard to your doorstep.”

Located about 30 minutes away from Athens, in the Attica region, The Papagiannakos Winery is a family affair that has been producing wine since the early 20th century. They are at the forefront of the resurrection of the indigenous Savatiano grape. The winery is the first Bioclimatic facility in the country, and produces the 2016 Papagiannakos Winery Savatiano Old Vines. It is a far cry from the Retsina wine with which it is normally associated. This 100-percent Savatiano wine is unoaked and is sourced from 60-year-old vines in the area of Markopoulo, near Athens. It possesses a fragrant nose of nectarine, acacia flowers and citrus fruits, and rich, layered flavors of tropical fruit and citrus in the mouth. Just a touch of ginger on the balanced finish adds texture and depth. $18

Situated in central Greece, two and a half hours from Athens, the La Tour Melas winery is a true gem. Owner Kyros Melas spared no expense in creating a “garagiste” operation that focuses on French varietals and techniques. The Bordeaux- and Provence-inspired wines might surprise even a seasoned collector. The 2016 La Tour Leas Idylle Rose is a great example. This beautiful salmon-pink colored wine is a blend of Agiorgitiko, Syrah and Grenache grapes, and could be the poster child of Provence. The flavors of strawberry, raspberry and red plum are bright and forward in the mouth. There is just a touch of cranberry on the crisp finish, which makes this the perfect accompaniment to a wide range of foods or delightful on its own. $22

The Papargyriou Winery is a small, family-run vineyard and winery that produces opulent and powerful wines. It is situated about 90 minutes west of Athens, in the Peloponnese. This operation has developed a cult following throughout Greece and beyond. The focus here is on low-yield, high-density and high-elevation vines. The resulting wines are mineral-driven, focused and precise. The 2016 Le Roi Des Montagnes Assyrtiko is produced using fruit from low-yielding, high-elevation vines from the Sofiana area, near Corinth. Grapes are harvested late in the season, and therefore produce a wine with structure and power. Concentrated aromas of blackberries and black cherries fill out the bouquet while penetrating flavors of black plum, cassis, black pepper and orange peel drift across the tongue on a graceful frame supported by sweet tannins. $33

Established in 1997, the Aivalis winery is all about red wines. The vineyard is based in Nemea, about two hours west of Athens, in the Peloponnese. Most of the vineyards in Nemea are in the valley. However, Christos Aivalis has taken to the mountains. He believes in high elevation, low yielding and no irrigation in the vineyard, plus minimal intervention in the winery. He wants the grapes to express the unique terroir of the region. Along with his Burgundy-educated son, Sotiris, they are redefining the entire Nemea region. The 2015 Aivalis Le Sang De La Pierre is made from 100-percent Agiorgitiko low-yielding old vines grown at high elevation. It is aged approximately 14 months in French (90 percent) and American (10 percent) oak. It sports a bouquet of black cherry, licorice and tobacco on the nose and stylish flavors of blackberry, dark plum and cassis that dominates the palate. Lovely notes of vanilla mingle with firm tannins and solid acidity to provide remarkable balance and structure on the captivating finish. $40 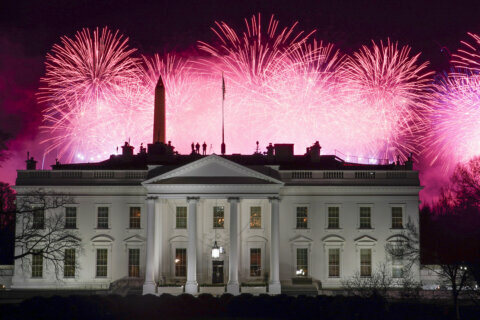 Wine of the week: Inaugural wines 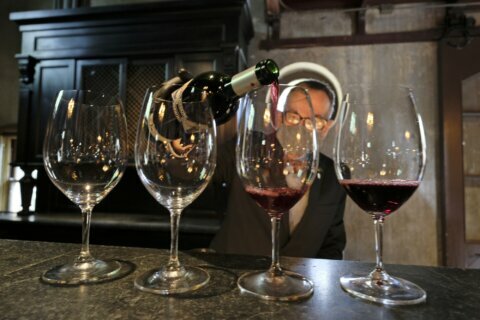 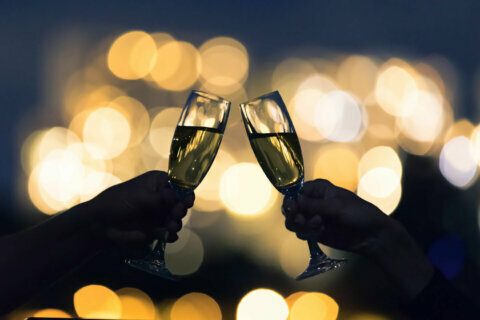 Wine of the Week: Champagne wines for New Year’s Eve