Wine of the Week: Passing through Paso

The central coast of California has been getting a lot of attention lately, thanks in part to its wine. Here's why.
Listen now to WTOP News WTOP.com | Alexa | Google Home | WTOP App | 103.5 FM

WASHINGTON — The central coast of California has been getting a lot of attention lately, thanks in part to its wine.

While some may think that Paso Robles (Paso to locals) still has some catching up to do, most wine consumers believe that the wines from Paso are well on their way to competing with Napa Valley and other well-known wine regions across the globe.

By contrast, the Napa Valley appellation (which includes 16 sub-AVAs) is roughly one-third the size at 225,000 acres. The Paso Robles AVA was established in 1983 with about 20 wineries. Today, it is home to more than 200 wineries with more than 35,000 acres planted with vineyards sprawling across an area that covers 30 miles north-to-south and 40 miles east-to-west — right smack dab in the central coast of California.

The recently recognized 11 viticultural sub-AVAs within the Paso Robles AVA reflects the diversity of each of the distinctly unique regions. And when you have an area that big, you can expect that there will be a wide diversity in soil composition, temperature variation and rainfall between each region. Some sub-AVAs may get up to 30 inches of rainfall per year, while other parts of the region are lucky if they see 10 inches of rain per year. The soils run the gamut from loam and alluvial compositions to limestone and calcareous bedrock. Wide swings in temperatures and maritime influences also differ widely throughout the AVA.

With all of that diversity, grape growers can plant a lot of different varietals. Back in the early days of the AVA, Paso was known as the land of zinfandel. Then the Rhone varietals — think syrah, mourvedre, roussanne, marsanne and viognier — took root. But the “Rhone Zone” soon made room for the king of Napa: cabernet sauvignon. Today, it is estimated that 39 percent of the total vineyard acreage in Paso is planted with cabernet sauvignon. It turns out that variety is not only the spice of life, but also the spice of wine. 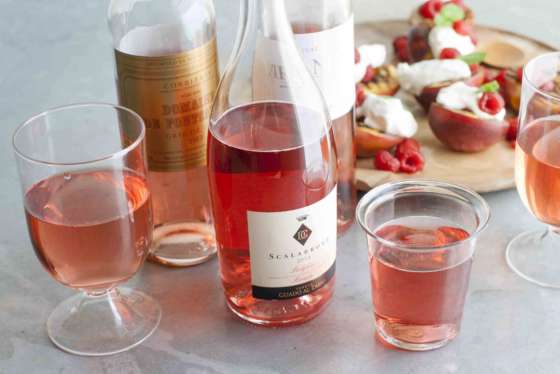 Top 10 wines for any occasion

Gary Eberle is a man who has tunnel vision when it comes to building his winery. In 1994, Eberle wanted to create additional space for his red wine production and decided to go underground. Today, there are 16,000 square feet of underground caves located below the winery, and he is planning on excavating more to accommodate his expanding wine production. Good thing, since he’ll need some place to store his wonderful 2015 Eberle Estate Chardonnay.

Half of this wine is vinified in French oak barrels and half in stainless tanks. Both were aged on the lees for four months to produce a lovely mouthfeel that lets the pureness of the fruit really shine through. It displays wonderful aromas of pear, apple, papaya and citrus blossoms. The partial malolactic fermentation departs a slightly creamy texture that supports flavors of apple, nectarine, brioche and vanilla. With just the right amount of acidity, the crisp finish carries off just a touch of lemon citrus and green melon. Lovely with brie cheese and fresh fruit. $24

Winemaker Brian Brown at ONX (pronounced “Onyx”), loves to take conventional wines to the edge of unconventional. Located along the northern edge of the Santa Rita creek in the Templeton Gap District AVA of Paso Robles, 122-acre ranch property has 45 acres planted with grenache, syrah, mourvedre, cabernet sauvignon, petite sirah, tempranillo, zinfandel, primitivo, malbec, petit verdot, viognier, sauvignon blanc and grenache blanc grapes. The last of these three varietals go into the 2016 ONX Field Day White Wine. This lovely white blend features aromas of honeysuckle and grapefruit on the nose. The crisp mouthfeel offers up flavors of tropical fruit and jasmine on the front of the palate that meld beautifully with stone fruit and citrus notes on the finish. Abundant acidity keeps the wine balanced and refreshing. $28

Tablas Creek Vineyard is the result of a decades-long friendship between the Perrin family of Château de Beaucastel and Robert Haas, longtime importer and founder of Vineyard Brands. The families created a partnership in 1985, and in 1989 purchased a 120-acre property in the hilly Las Tablas district of west Paso Robles for its similarities to Châteauneuf du Pape: limestone soils, a favorable climate and rugged terrain. Partner and General Manager Jason Haas has inherited the family’s passion for all things Rhone — right down to his devotion to an onsite nursery program dedicated to the Rhone grape varietals they grow in their vineyards, including grenache, syrah, counoise and mourvedre which all find their way into the 2015 Tablas Creek Côtes de Tablas. This wine exudes scents of cherries, wild strawberry and forest floor on the bouquet. In the mouth, flavors of black cherry cola, red plums and dark strawberries expand over the entire palate. Hints of spice-box and lavender appear on the pure, lengthy finish. $35

Historic Halter Ranch is a vineyard and winery located in the heart of the Paso Robles’ Westside Adelaida District on over 2,000 acres of land. The 100-percent estate-grown wines are sustainably farmed on 281 acres that sit on Westside limestone soils. And in the middle of it all sits the largest living Coast Live Oak on record in the state, affectionately referred to as the Ancestor Oak. The winery’s flagship wine, the 2014 Halter Ranch Ancestor Red Wine, is a Bordeaux-style red that pays homage to the mighty oak. Cabernet sauvignon, malbec and petit verdot are blended together to produce a wine that offers aromas of blackberry, cassis and ripe black olive that intermingle on the fragrant bouquet. Rich, ripe flavors of cassis, blackberry and earthy minerals cascade over the tongue and onto the lengthy finish where additional flavors of toasty oak, espresso and dark chocolate add a further layer of depth that lingers for almost a minute. The soft, sweet tannins provide enjoyment now but will allow the wine to age five-plus years. $55 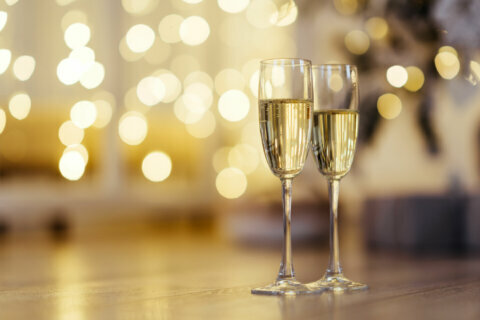 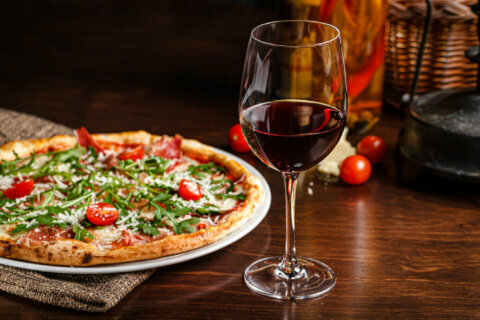 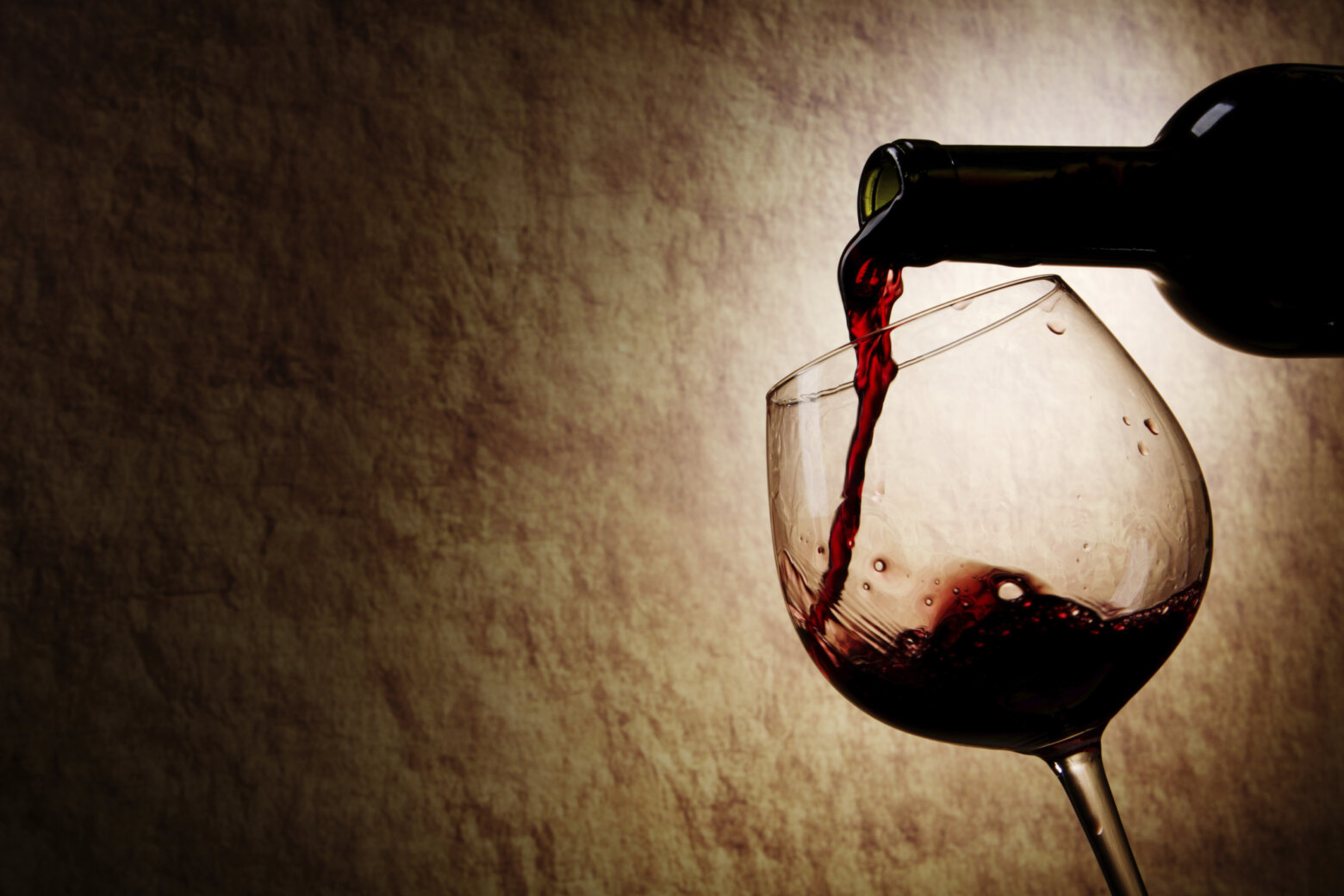