Biden, once an avid golfer, played Saturday at the Wilmington Country Club, not far from his Delaware home where he was spending the weekend. It was his first time playing golf since taking office in January.
Listen now to WTOP News WTOP.com | Alexa | Google Home | WTOP App | 103.5 FM

Biden, once an avid golfer, played Saturday at the Wilmington Country Club, not far from his Delaware home where he was spending the weekend. It was his first time playing golf since taking office in January.

The president played with senior advisor Steve Ricchetti and Ron Olivere, father-in-law of Biden’s late son Beau, the White House said. Biden’s handicap index is just over 6, according to the United States Golf Association. But he has not logged a round since 2018.

Biden is a member of the country club and played golf frequently as vice president. But his ability was mocked by former Ohio Gov. John Kasich, who said once at the GOP convention that “Joe Biden told me that he was a good golfer.”

“And I’ve played golf with Joe Biden,” Kasich continued. “I can tell you that’s not true.”

Golf has always been a favorite of presidents; Dwight Eisenhower, George W. Bush and Barack Obama all played often.

Biden’s predecessor, Donald Trump, played frequently, totaling over 300 rounds in his four years at office including during the height of the COVID-19 pandemic last year. Trump also would only play at country clubs he owned in Florida, Virginia and New Jersey. 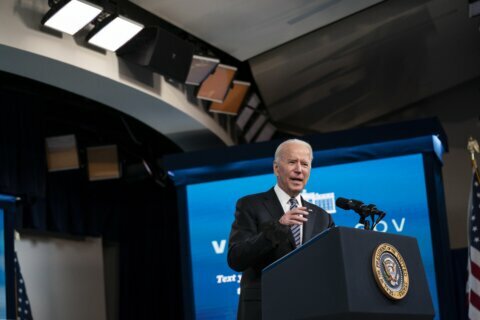 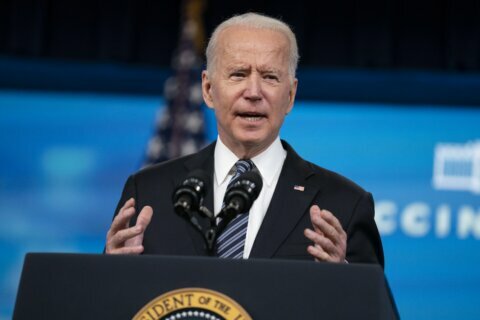 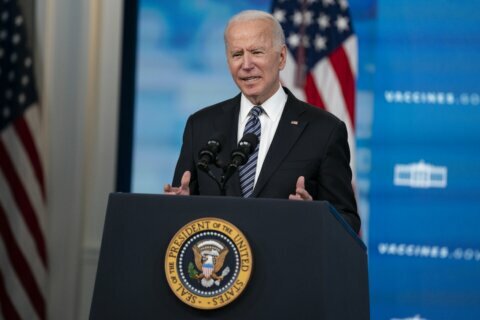