The White House Egg Roll — a D.C. tradition with over 140 year history — has been canceled by the coronavirus. But this isn't the first time the event had to be canned.
Listen now to WTOP News WTOP.com | Alexa | Google Home | WTOP App | 103.5 FM
(1/5) 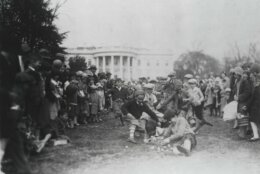 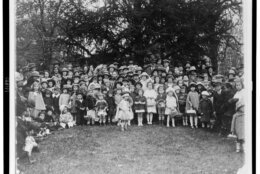 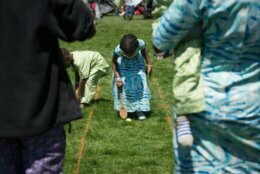 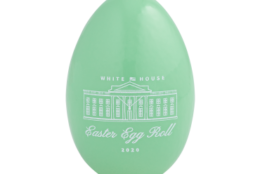 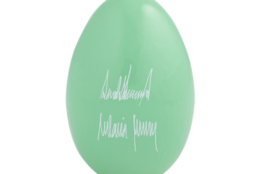 The White House Egg Roll — a D.C. tradition with over 140 year history — has been canceled by the coronavirus. But this isn’t the first time the event had to be canned.

The first White House Egg roll was held in 1878 with President Rutherford B. Hayes, and it has become an Easter tradition every year since. But plans for this year’s event on the South Lawn were squashed by COVID-19.

However, while it’s not often canceled or delayed, this is not the only time the egg roll couldn’t go on. It’s happened 17 times.

“Previous cancellations, those were for World War I, World War II, the years during the Truman administration when the White House was going through extensive renovation, and then there were two times when it was postponed or canceled because of weather,” said Stewart D. McLaurin, president of the White House Historical Association.

Once, it was even moved off the White House grounds. That was the year World War I began.

”President Wilson had declared war just a very few days before Easter Monday. For security reasons, it was moved off the White House South Lawn on to the grounds of the Washington Monument,” said McLaurin.

While you won’t be able to see the live event this year, you can reminisce about the past years of the tradition. The White House Historical Association’s website has a section featuring stories and pictures of the Easter egg rolls going back to the when the tradition began.

They’re also selling a souvenir of the event that never happened.

“We actually have available the wooden eggs that every president and first lady give to the children who were at the egg roll on the South Lawn,” said McLaurin.

“They have an image selected by the first lady, which is the north portico of the White House. On the reverse of the egg are their printed signatures. This year, first lady Mrs. Trump has selected beautiful eggs that are a light blue, a green, a yellow and a pink. Then there is a gold egg, which is customary and traditional.”

He said the eggs may be a neat collectible since they have the date of an event that never took place and they may be a unique way for families to pass on the story of the pandemic to future generations.