The D.C. region didn't get too badly smacked with snow, but the sleet and freezing rain is making it tough on the roads, and another round overnight won't help. Here's what you need to know.
Listen now to WTOP News WTOP.com | Alexa | Google Home | WTOP App | 103.5 FM

The snow has cleared out of the D.C. area Thursday, but the roads are still treacherous. And while the winter storm warning is mostly lifted, a winter weather advisory is in effect for most the area through 6 a.m. Friday.

That’s enough for leading area school systems to make changes for Friday, after most of them either went virtual or called off classes altogether Thursday.

The winter storm warning is still in effect for St. Mary’s, Charles and Calvert counties in Maryland until 6 a.m.

While the late afternoon was quiet, Storm Team4 meteorologist Mike Stinneford said at about 3:30 p.m., the high water content of the sleet that’s been falling over the day means there’s “a whole lot of water in that slush that will refreeze at night.” He added that more freezing rain was likely overnight, especially to the south of D.C., which could make matters even worse Friday morning.

Meanwhile, the roads are a mixed bag.

“On the major highways, crews have done a good job,” said Dave Dildine in the WTOP Traffic Center, but side streets are still a slushy problem, and there are still plenty of spinouts, especially on ramps.

In Maryland, the elevated sky ramp from Route 210 to the Beltway’s thru lanes and Interstate 295 is closed because of crashes and ice.

Shanteé Felix, of the Maryland State Highway Administration, told WTOP that there were plenty of traps for unwary drivers. If it’s not currently raining or snowing, she said, “It’s easy to get overconfident.” She advised would-be drivers to continue to stay home if at all possible.

“We’ve been able to make excellent progress” thanks to people staying off the roads, said Kelly Hannon, of the Virginia Department of Transportation. Northern Virginia had a lot of bare pavement, she said, but drivers need to keep aware of slushy shoulders and road crews that are continuing to work to keep roads safe from the coming refreeze.

WTOP’s Mike Murillo in Rockville said he was walking through “crushed ice a couple of inches high.”

The WTOP Traffic Center is tracking several crashes involving multiple vehicles, many of which are on elevated flyover ramps.

A crash on the ramp from Interstate 66 East to the Inner Loop of the Capital Beltway involved a jackknifed truck and at least one other vehicle facing the wrong way. Authorities have had to completely block some roads because of multiple spinouts and slide-offs in Loudoun County, Virginia.

As of 4 p.m., the Virginia State Police said, they had responded to 385 crashes and 255 disabled vehicles statewide since midnight. They reported no injuries; a fatal crash in Caroline County was determined not to be weather-related.

And in Maryland, the total was 160 crashes and 90 disabled or unattended vehicles as of 2 p.m.

Metro said buses will remain operating on a severe snow service plan through Thursday night due to the wintry weather conditions.

Beginning Friday morning, Metrobus will operate on a moderate snow service plan providing service to customers on 110 routes. Under a moderate service plan, detours will be in effect and some routes may be suspended.

It said buses throughout the D.C. region are encountering hazardous conditions, “including icy roads and limited visibility during heavy snowfall.”

Metro said it will continue to provide free shuttle bus service for customers at Addison Road to and from Capitol Heights for connection to the Silver Line.

It is encouraging customers to travel only if necessary, and suggests riders consider Metrorail as an alternative to bus.

Metrorail service continues to operate on a normal weekday schedule, as de-icer trains are operating throughout the system in an effort to prevent ice and snow accumulations. Metro added that switch heaters have been activated.

MetroAccess is operating normal service, but Metro advises that customers may experience delays due to weather conditions. It said if sidewalks and walkways are impassable due to ice or snow, door-to-door service may not be possible and curb-to-curb service will be provided instead.

The unofficial snow total in the District is about a half-inch, according to National Weather Service numbers. In Maryland, 6 inches had fallen in Bloomfield in Frederick County; an inch in Columbia and 2 inches in Laytonsville, in Montgomery County.

In Virginia, the weather service said, an inch had fallen in Fairfax City; 2.4 inches in Langley and 0.8 inches at Wolf Trap, both in Fairfax County; 3.8 inches in Hillsboro and 1.5 inches in Ashburn, both in Loudoun County, . 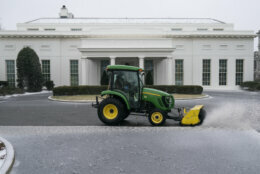 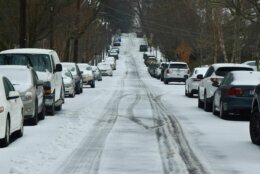 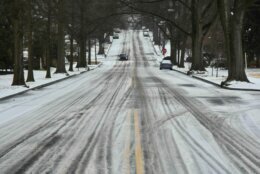 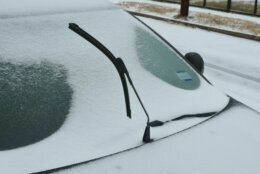 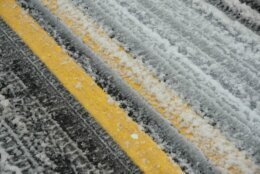 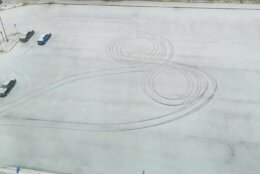 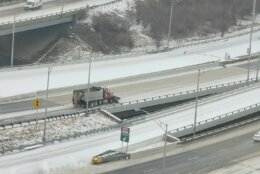 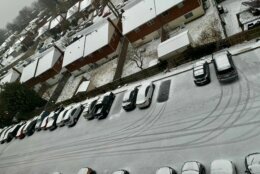 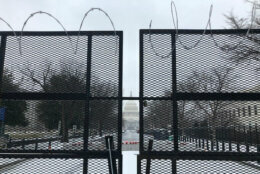 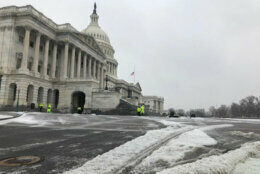 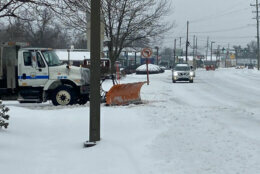 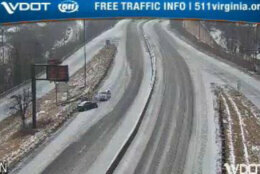 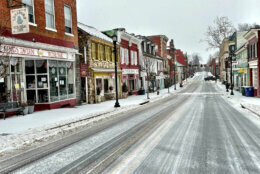 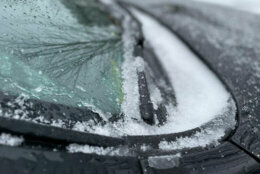 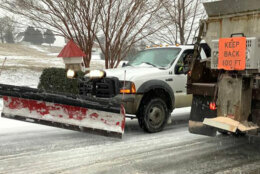 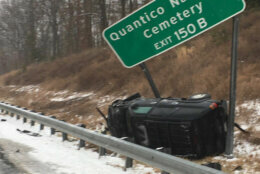 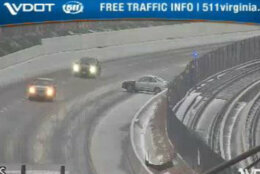 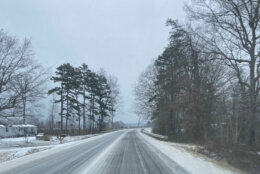 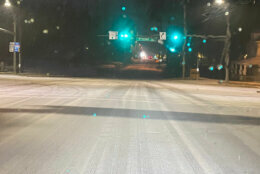 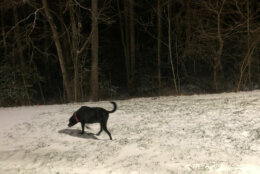 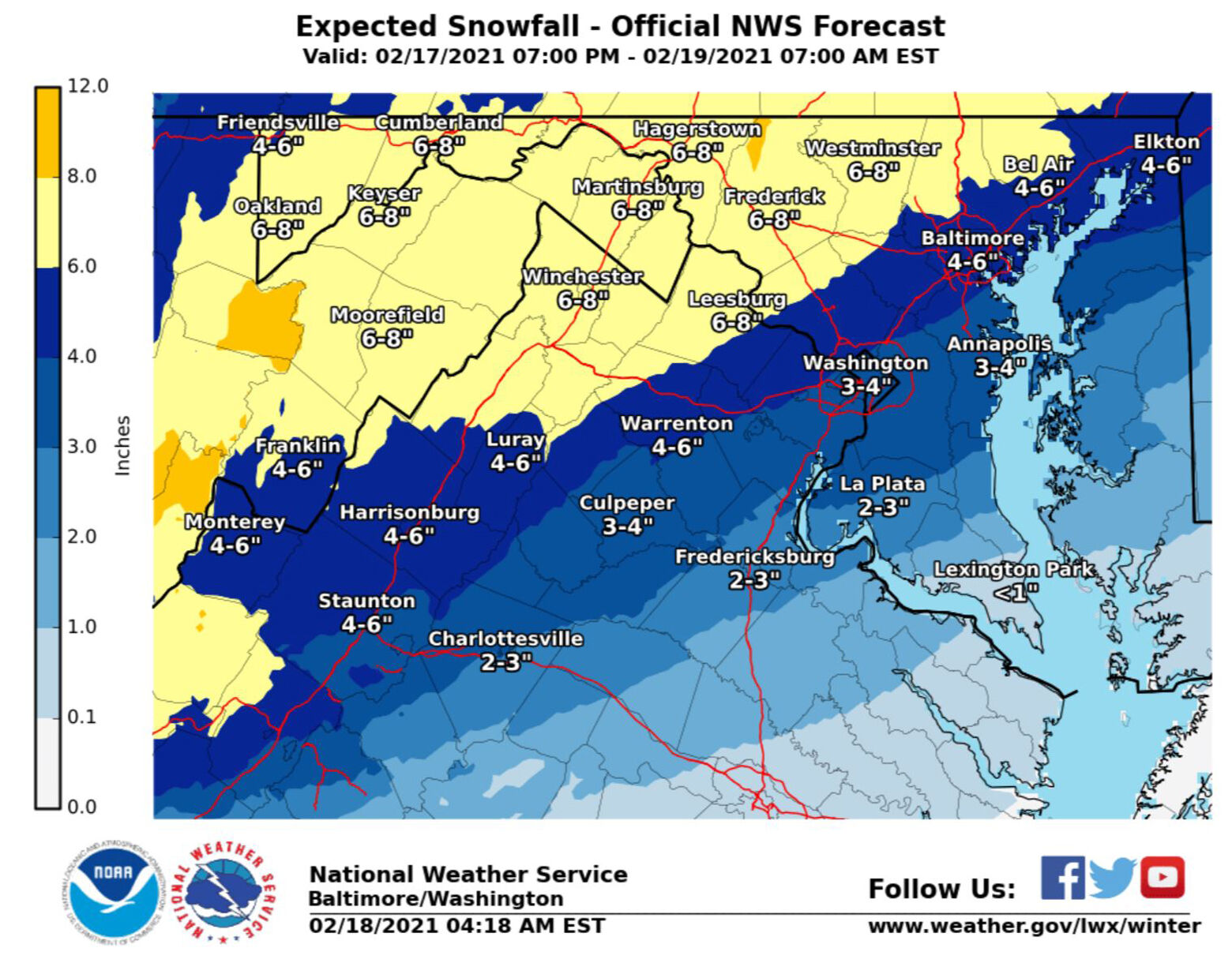 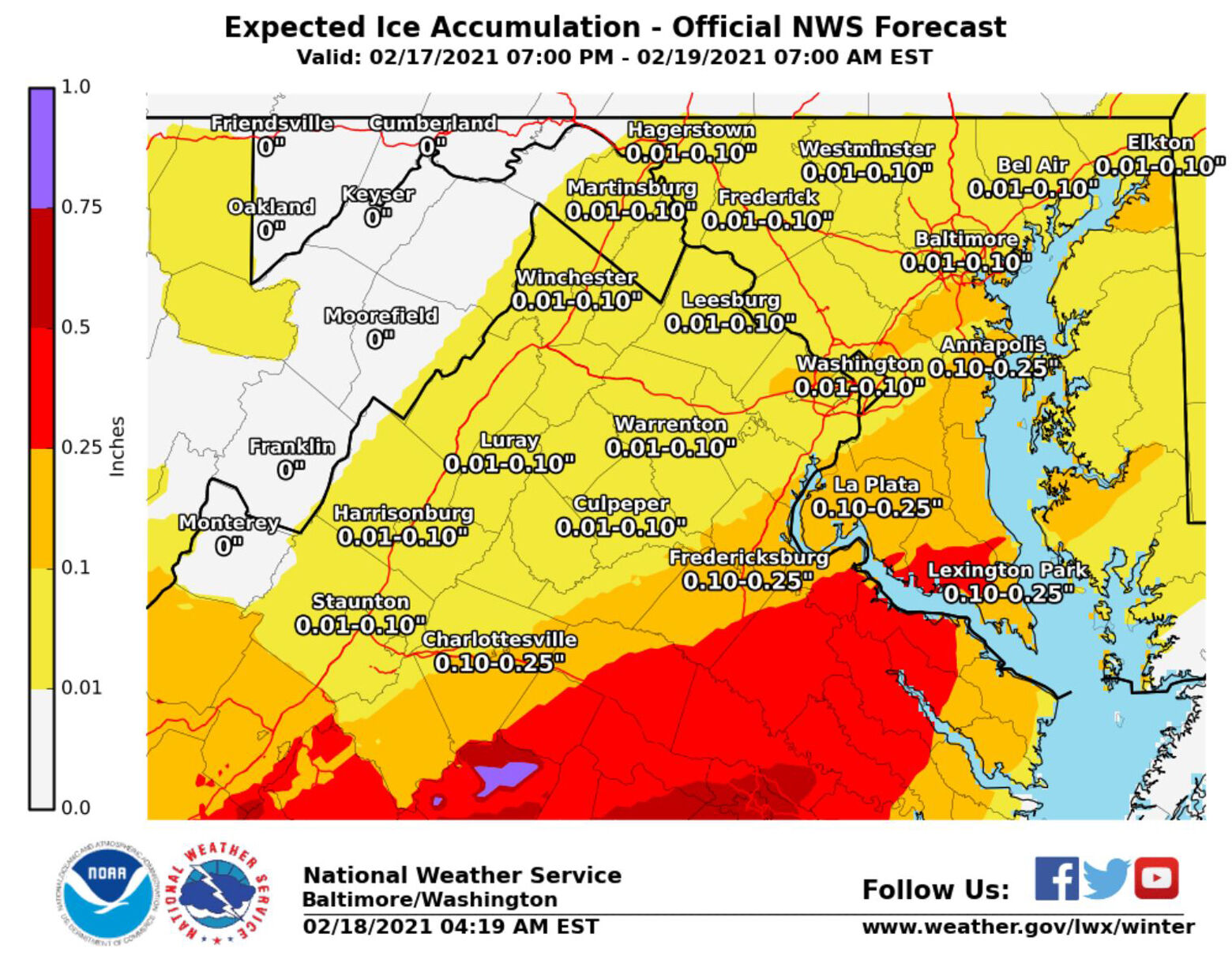 In Maryland the mass vaccination site at Six Flags America theme park will be open Friday from 10 a.m. to 5 p.m. It will accommodate those with scheduled appointments for Feb. 19.

All Thursday appointments for the Six Flags America site, which was closed Thursday, will be rescheduled for March 3.

The Baltimore Convention Center Field Hospital will be open Friday for both vaccination and testing. Those who cannot make their appointments on Friday can call 410-649-6200 to reschedule.

Fairfax County, Virginia, canceled all COVID-19 vaccine clinics scheduled to take place Thursday at the Fairfax County Government Center and the four Health Department District sites. Anyone who had a Thursday appointment should receive an email notifying them of the cancellation that provides a link to reschedule for the upcoming week at the same site.

Those who had Thursday appointments at either site were automatically rescheduled and should have already received an email notifying them of the change, the county said.