Snow moves away from DC region, roadways due to refreeze

The latest snowstorm to strike the D.C. region is moving on, but concerns over refreeze after nightfall remain.
Listen now to WTOP News WTOP.com | Alexa | Google Home | WTOP App | 103.5 FM
(1/7) 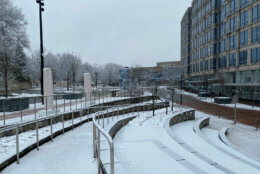 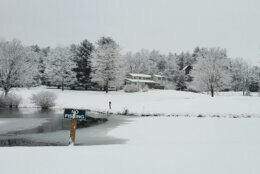 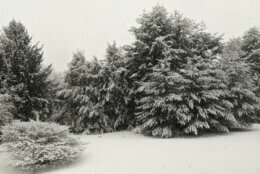 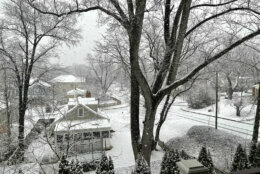 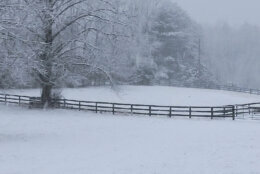 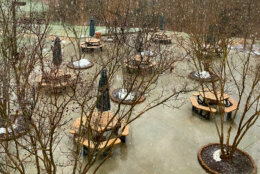 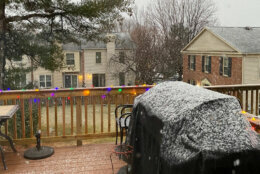 The fast-moving winter snowstorm that blasted the D.C. region on Sunday with as much as 5.5 inches of snow in one part of Maryland’s Frederick County eventually made way for afternoon sunshine.

But plummeting temperatures after nightfall were expected to cause all standing water and slush on area roadways to refreeze, leading to icy driving conditions during Monday’s morning work commute, according to Storm Team4 meteorologist Mike Stinneford.

He said Monday will be a cold day with high temperatures “only in the 30s.” There could be some travel issues early Tuesday too, as a “light wintry mix” moves in, Stinneford said.

He warned that the D.C. region could experience another chance of snow and ice late Wednesday night into Thursday.

A winter weather advisory in effect for D.C.-area counties along the Interstate 95 corridor, southern and eastern Maryland, and the I-81 corridor expired at noon on Sunday.

The latest snowfall totals complied by the National Weather Service are located on its website.

Make for extra travel time if you must be travel out there, and use caution on bridges, highway ramps, overpasses and secondary roads that ice over easily or might not be treated as frequently.

In Alexandria and Arlington, WTOP’s Melissa Howell reported that although snow was coming down at a steady pace into late Sunday morning, not much was sticking to major roadways.

“If you’ve got your wipers and lights on, you shouldn’t have any major issues out here on the roads,” said Howell.