With Reagan Airport reporting 61.34 inches of rain for the year on Saturday morning, 2018 will go down as D.C.'s wettest calendar year on record — and the rain is still falling.
Listen now to WTOP News WTOP.com | Alexa | Google Home | WTOP App | 103.5 FM

WASHINGTON — 2018 will officially go down as D.C.’s wettest calendar year on record.

The rain, meanwhile, keeps coming. The end of the previous record’s 129-year streak comes during an ongoing, late autumn rainstorm, expected to dump around 2 inches of rain in the capital region before moving out on Sunday.

Flood watches were in effect for the entire WTOP listening area, with a possibility of high standing water in roadways and flooding along small creeks throughout the weekend.

“We’re over 61 inches of rain for this year, and we’re tacking on maybe another inch or two as we head through this weekend,” NBC Washington meteorologist Lauryn Ricketts said. “Rain will continue not only today, but also through the day tomorrow. It could be heavy at times, it could be light at times, but again, we’re gonna have a rainy and soggy weekend.”

The record-breaking rainfall comes after a year of historically heavy rains and wet months in the D.C. area. By November, the D.C. area was just about two inches away from the 1889 record. November’s drenching rainfall pushed the total to just under 55 inches at Reagan National airport, which is 19.7 inches above normal, according to the National Weather Service.

In the first 100 years of record keeping, any year that totaled more than 50 inches of precipitation was well above normal. A normal amount of wet weather for the D.C. area is just under 40 inches, according to almost 150 years of data.

The last time the Washington area received more than 50 inches of precipitation was in 2003, when the year’s total was 60.83 inches.

“Another interesting thing about this year’s rainfall was that it didn’t really just come from one or two or three events — it was very evenly distributed pretty much through the year,” Chris Strong, National Weather Service meteorologist, said, “Most months that we had were above normal in terms of rainfall.”

The heavy rain didn’t just come in the fall and winter seasons. This year also saw some of the wettest summer months on record.

The rainfall in June, July and August totaled more than 20.13 inches. The last time the summer was that wet was in 1933, when the area received 20.5 inches. Strong said that in past years with above-normal rain, one or two extremely wet months accounted for the extra volume. This year was different in that the rain was evenly distributed.

“An exceptional rainfall year in terms of the amount of rain; in terms of how it was fairly evenly distributed through the course of the year and regional as well,” Strong said.

D.C.’s rain this year even broke daily records. On July 21, the National Weather Service recorded 4.64 inches of rain. That day’s rainfall was more than double the previous record for July 21, which was 2.56 inches set back in 1911.

“Another interesting record we broke was the amount of days where we saw more than an inch of rain, which is a pretty substantial amount of rain for a day,” Strong said. He added that the area received 22 days with at least one inch of rain, and this weekend’s rain should produce a 23rd.

This year’s downpours also gave rise to severe flooding in Ellicott City, Maryland, and Frederick, Maryland, over the summer. Floodwaters ripped through the historic Ellicott City for a second time in May as rain totals ranged between 6 and 12 inches.

Frederick County was inundated with flash floods in May, getting hit with as much as six inches of rain in the span of three hours.

“Other cities have broken their calendar year rainfall records as well, including Baltimore and a number of locations through the mid-Atlantic and down to the Southeast,” he said. 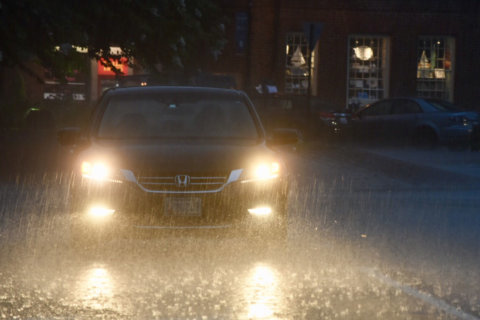 November to remember: This year’s was wettest on record in DC 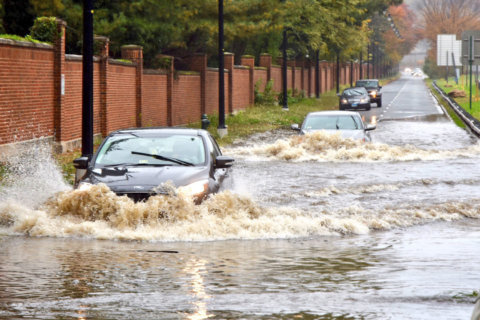 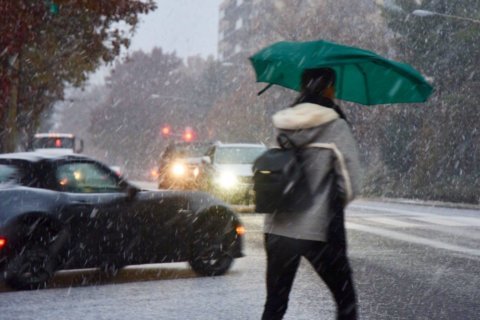 DC area on track for wettest year on record 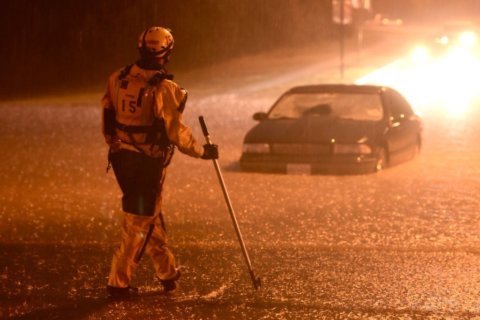