Holidays: 'Enchant' shines with millions of lights in Nats Park | Where to see holiday lights | Send in photos of decorations | How to give greener this season
Home » Weather News » Just how rainy was…

It rained on Saturday, like, it rained a lot. In fact, D.C. more than doubled its previous record for recorded rainfall on July 21, which was set more than 100 years ago. Here's how much rain parts of the D.C. area saw.
Listen now to WTOP News WTOP.com | Alexa | Google Home | WTOP App | 103.5 FM

WASHINGTON — The National Weather Service recorded 4.64 inches of rain in D.C. as 11:25 p.m. on Saturday, more than double the previous record.

All three D.C. area airports broke records for most rainfall on July 21 by recording at least 4 inches of rain. Dulles International Airport recorded more than 5 inches of rain, nearly four times its previous record set back in 1973.

Saturday’s rainfall was a top-10 event for the District.

It was also the second largest rainfall in a single day in July, just slightly behind the record of 4.69 inches set back on July 9, 1970.

Outside of D.C., some places recorded more than 6 inches of rain.

Charles County, Maryland, evidently saw the most rain in the D.C. area. A trained spotter for the National Weather Service recorded 7 inches of rain in Ripley at 9:15 p.m.

The second highest total was in Fairfax County, Virginia, where a trained spotter recorded 6.51 inches in Burke as of 8:37 p.m., which was slightly more than the 6.50 inches recorded in Montgomery County, Maryland, by a trained spotter in Washington Grove.

The bad news is more rain is in the forecast on Sunday, but it shouldn’t be anywhere near as much as we saw on Saturday. 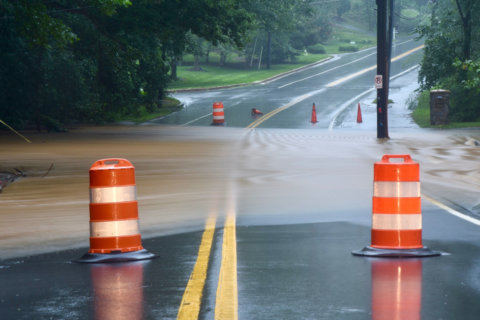 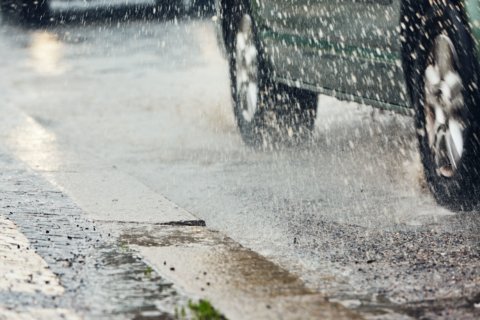