Everything you need to know about new Wizards guard Kendrick Nunn

Los Angeles signed the 27-year-old to a two-year mid-level exception contract in August of 2021, meaning the Wizards will have Nunn through the remainder of this season for $5.25 million. The three draft picks Washington acquired in the trade are second-rounders in 2023 (via Chicago), 2028 and 2029.

So, the Wizards have a new addition. Nunn, a four-year NBA veteran with stints in Miami and L.A., arrives in Washington for what could only be 36 regular season games as his contract ends this year.

Still, Nunn is an interesting pickup for the Wizards. Here’s everything you need to know about him:

After four years at Simeon Career Academy,  the same Chicago high school that Derrick Rose and Jabari Parker attended, Nunn went on to play for the University of Illinois. He made the All-Big Ten Freshman Team in 2014 when he averaged 6.2 points off a solid 46% field goal clip.

He worked his way up through the G-League

Nunn didn’t get a ton of NBA attention after completing his collegiate career with Illinois and Oakland. He went undrafted in 2018 but signed a partially-guaranteed contract with the Golden State Warriors which saw him suit up for their G-League affiliate, the Santa Cruz Warriors.

In the G-League, Nunn started just one game for Santa Cruz in 2018-19, but still somehow managed to put up 19.3 points and 3.8 rebounds over just 29 minutes per game.  His prowess was noticed by the Miami Heat who signed Nunn to an NBA deal in April of 2019.

His two years in Miami were sterling

To make a long story short, Nunn broke the NBA record for most points scored by an undrafted player in their first five career games with 112. That ended up setting a precedent for how he would perform over the two seasons he spent in South Beach.

Nunn posted averages of 15.3 points and 14.6 points his first two full NBA season in Miami, respectively, finishing second in Rookie of the Year voting in 2020 to Ja Morant. He was named All-Rookie First Team that year (the same year Hachimura was named to the Second Team) alongside top draft selections Morant and Zion Williamson.

Nunn has faced adversity since Miami

Nunn’s career took a bit of downturn after he put up 18 points off the bench in an NBA Finals game. He became a free agent after the 2020-21 season, ultimately signing with the Lakers. Just as he was about to hit the ground running in L.A., he suffered a bone bruise in his right knee.

Though he was originally expected to miss just a couple weeks, he suffered setbacks in his rehab which forced him to sit out the entire season. This season Nunn is averaging 6.7 points and 1.4 assists this campaign off 41% shooting from the field and 33% from deep.

He comes to D.C. on a good streak of games

At one point earlier this season, Nunn couldn’t crack the Lakers’ rotation. He only played three games in December in which he saw double-digit minutes. The new year has been much kinder.

Over his last 10 games for Los Angeles, Nunn has played close to 20 minutes a contest and averaged 11.0 points, 2.4 rebounds, 48% shooting from the field and 35% from deep – all sharp increases from his season average. His role as a backup guard for the Wizards won’t be unusual to him, so it will be worth monitoring exactly how he fits in Washington’s scheme. 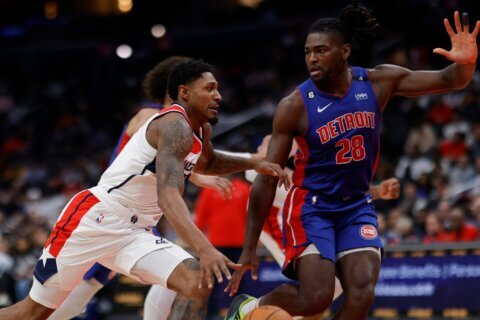 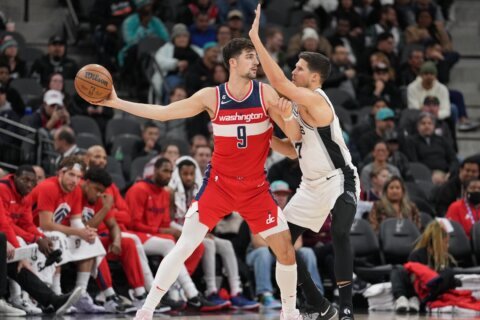