WASHINGTON — Delon Wright was in obvious pain as he held his right hamstring and hobbled off the court Tuesday night in the Wizards’ win over the Pistons. It turns out the injury was indeed serious, as he has been ruled out indefinitely with a Grade 2 hamstring strain.

Wright will be re-evaluated in three weeks, according to the Wizards. However long he’s out, his presence will be missed.

The Wizards have seen great early returns from Wright, whom they signed to a 2-year deal in free agency. He has been one of their best defensive players, beginning games as their backup point guard but often finishing them in closing lineups.

“It’s unfortunate for us. He is playing at an extremely high level and doing a lot of good things for us, particularly on the defensive end,” head coach Wes Unseld Jr. said.

Wright, 30, has great size for his position at 6-foot-5 and is one of the best in the league at forcing turnovers on the perimeter. Compounding matters, the Wizards do not have a third traditional point guard on their NBA roster.

They still have Monte Morris as their starting point guard, but Wright’s absence will force some creativity from Unseld Jr. He could use shooting guard Bradley Beal more in that spot, or turn to a more unconventional route like Will Barton or Deni Avdija, who play on the wing. Barton reminded reporters after Tuesday night’s game he grew up playing point guard and served in that role in a pinch while with the Denver Nuggets, his last NBA stop.

The Wizards also have Jordan Goodwin on a 2-way contract. He is listed as a point guard, but has only eight minutes of NBA experience. And rookie Johnny Davis played some point guard minutes during the preseason.

Wright will now begin a fairly long road to recovery. The Wizards, though, did share some positive injury news on Tuesday, as 2nd-year wing Corey Kispert is “really close” to returning from a sprained left ankle, per Unseld Jr. He practiced with the Wizards on Tuesday and won’t play Friday against the Pacers, but could be ready in a matter of days. 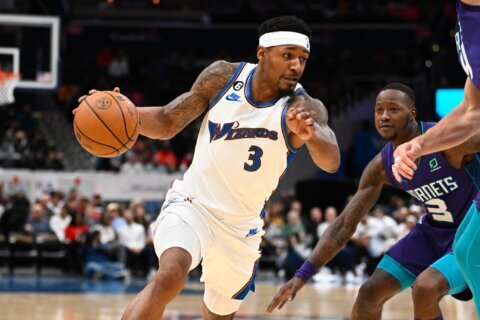 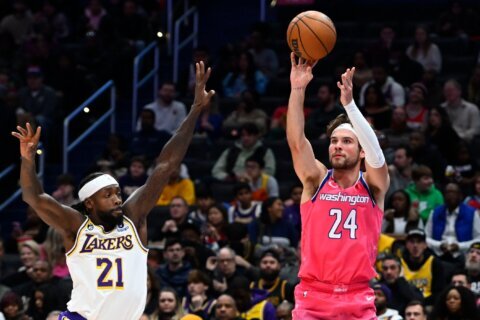 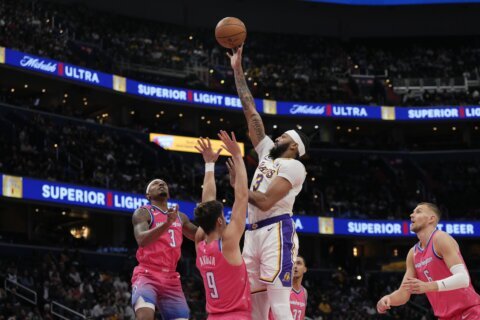