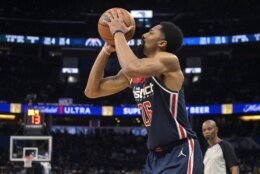 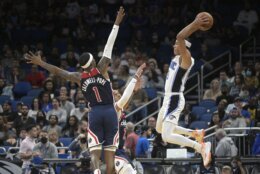 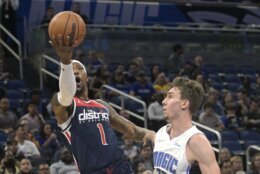 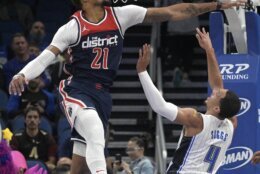 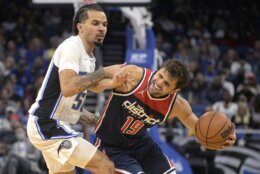 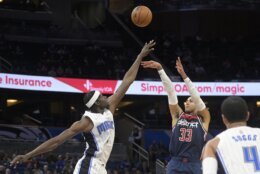 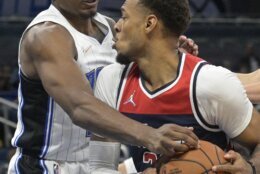 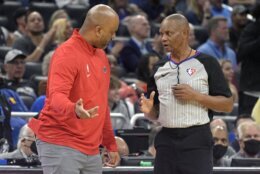 Kyle Kuzma added 17 points and 10 rebounds as Washington improved to 9-3 for the first time since the 2014-15 season. That’s much improved over last season when the Wizards were 3-9 after 12 games.

“I’d rather be where we are than not,” first-year Washington coach Wes Unseld Jr. said. “You just have to fight that temptation to get complacent. It hasn’t come easy, and I give our guys credit because we’ve found ways on nights to eke out a win. But we can’t sit here and say, ‘We’re good.’”

Washington shot 50 percent from the floor and improved to 4-0 when shooting at least 50 percent. Also, the Wizards are 7-2 when scoring at least 100 points.

Dinwiddie chipped in 11 rebounds and six assists in his fourth 20-point game of the season. Harrell added seven assists and six rebounds off the bench and proved to be a major difference-maker in first-half run that broke the game open early.

“His energy is just phenomenal because it’s a different pace and a different aggression level,” Unseld Jr said. “It’s second possessions, it’s rim runs, blocking shots and being first to the floor. His activity is amazing, and it’s every day.”

Orlando’s Cole Anthony scored 22 points, but he made just 4 of 16 shots. Mo Bamba added 14 points, 17 rebounds and three blocked shots for Orlando, which dropped to 0-7 this season when failing to score 100 points.

“I think we just made a lot of boneheaded mistakes,” Bamba said. “We did a better job competing tonight, but overall there are so many little things that go into winning a game that we failed to do.”

Rookie Jalen Suggs, who had eight points, left with a right ankle sprain in the third quarter and did not return.

Up 18-14 after a hot shooting start to the game, the Magic went 8 minutes, 24 seconds — the final 5:15 of the first quarter and the first 3:09 of the second — without a point. The Wizards’ 20-0 burst during that stretch took them from down four to up 16 early in the second quarter. Washington used that stretch to build a 50-37 halftime lead.

“We ended up getting some good looks, but we’ve got to step in and make shots,” Magic coach Jamahl Mosley said.

Wizards: Washington was without star guard Bradley Beal, who was away from the team mourning the death of his maternal grandmother — a woman he recently referred to as “Mom 2.0.” Aaron Holiday started for Beal and scored 11 points. “I reached out to (Beal) and he seemed like he was OK. … We want to keep him in our thoughts and prayers, uplift his family and hopefully he’ll be back with us shortly,” Washington coach Wes Unseld Jr. said. … Washington is now 8-0 when leading after one quarter, 6-0 when leading at half and 8-0 when up heading into the fourth quarter.

Magic: Magic forward Wendell Carter Jr. wore black-rimmed glasses after sustaining a left eye abrasion on Wednesday. They must have helped as he sank his first three 3-point shots in the game’s first six minutes. He finished with 17 points, seven rebounds and three steals … Saturday’s game was the last of a five-game home stand. The Magic start a five-game, nine-day road trip on Monday. … Magic rookie Franz Wagner made just 2 of 11 shots in nearly 35 minutes. … Betsy DeVos, wife of Magic co-owner Dick DeVos and the former U.S. Secretary of Education, attended Saturday’s game and sat near court side. 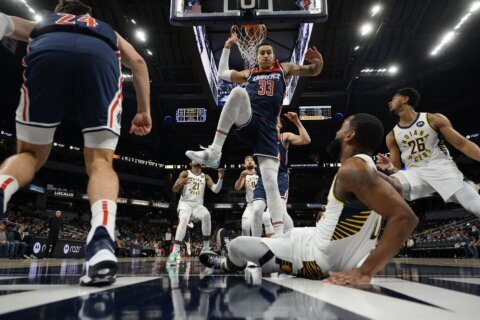 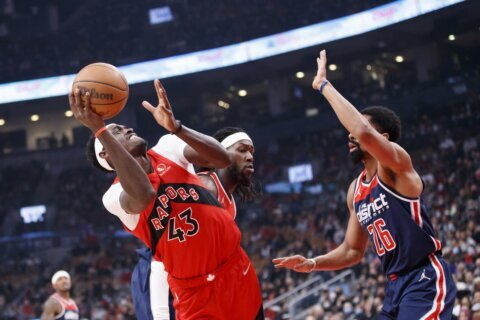 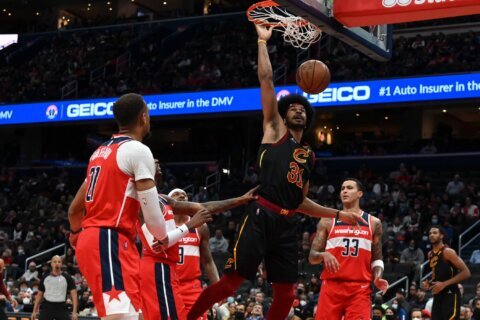