Deni Avdija out 12 weeks with hairline fracture, will not need surgery

Wizards rookie Deni Avdija’s season came to an abrupt end on Wednesday night, as the 20-year-old suffered a right fibular hairline fracture, the team announced Thursday. Luckily for Avdija, he will not need surgery and is expected to make a full recovery in 12 weeks (around mid-July), per the team announcement.

Avdija went up for a rebound during the second quarter of Washington’s 118-114 win vs. the visiting Golden State Warriors on Wednesday evening. After coming down awkwardly on both Kent Bazemore’s and Andrew Wiggins’ legs, Avdija was in immediate pain, prompting Jordan Bell to hustle off the Wizards’ bench and come to his teammate’s aid.

As his promising rookie year was cut short, Avdija proved to be a solid draft pick for the Wizards. In 54 games, 32 of which he started, Avidja logged 6.3 ppg, 4.9 rpg and 1.2 apg in just over 23 minutes per contest. Though he didn’t score in every game, Avdija’s impact was noticeable during the Wizards’ most recent hot streak, in which they’ve won eight of their last nine games.

Avdija’s absence will greatly affect the Wizards’ starting rotation going forward as the team tries to battle for a birth in the play-in tournament. With Avdija gone, Scott Brooks plugged Isaac Bonga in for quality minutes down the stretch of Washington’s win against the Warriors. Bonga performed quite well — in 10 minutes, the 21-year-old put up six points off 2-for-3 shooting to go along with one assist and a steal. Bonga will likely see his role increased for the Wizards’ final 14 games of the regular season.

Washington’s next game will be Friday, Apr. 23 at 8:00 pm on NBC Sports Washington as they take on the Oklahoma City Thunder on the road. Carrying a six-game winning streak to that battle, the Wizards sit at 25-33 on the year, good enough for the coveted 10th spot in the Eastern Conference. They sit half a game ahead of the Toronto Raptors, who will be battling to season’s end for that final play-in spot. 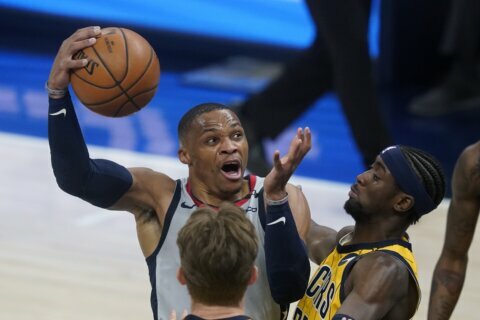 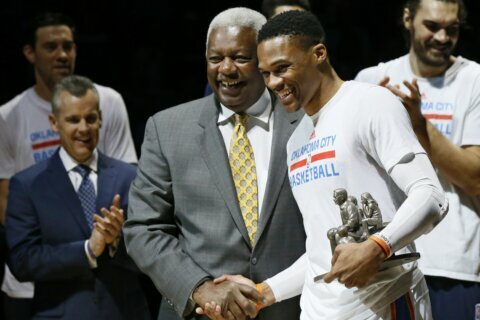 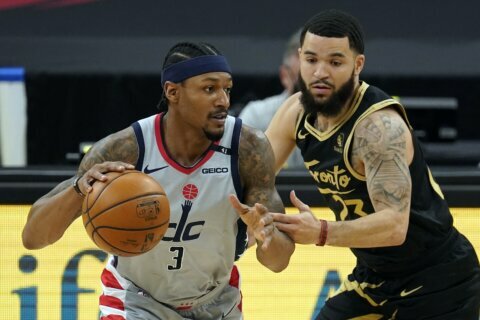