The Wizards defeated the Orlando Magic 100-90 at Capital One Area on Wednesday night, their second straight win to pull within three-and-a-half games of the final playoff spot in the Eastern Conference.
Listen now to WTOP News WTOP.com | Alexa | Google Home | WTOP App | 103.5 FM
(1/9) 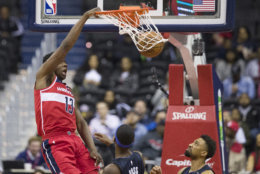 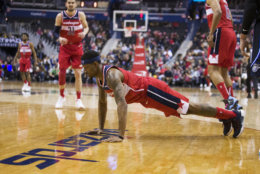 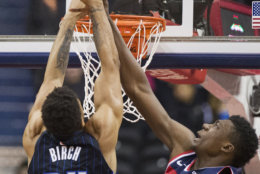 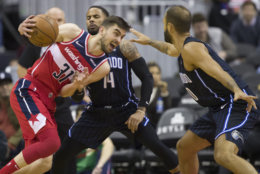 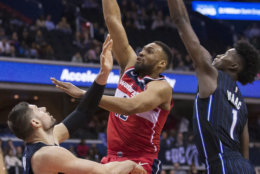 The Wizards won their second straight game, defeating the Orlando Magic 100-90 at Capital One Arena on Wednesday night.

Bradley Beal led the way with 23 points, but the Wizards got a major boost off the bench from Thomas Bryant and Jabari Parker. Bryant recorded a double-double with 21 points and 10 rebounds, and Parker scored 19 on 9-for-12 shooting.

One thing you should know about the game: Washington’s reserves outscored Orlando’s 59-20, making the difference in an important game between two teams in the midst of the playoff race.

The highlight you should see: Bryant rocks the rim.

What’s next: The Wizards host the Hornets Friday night at 7 p.m. Coverage begins at 6 p.m. on NBC Sports Washington and MyTeams. 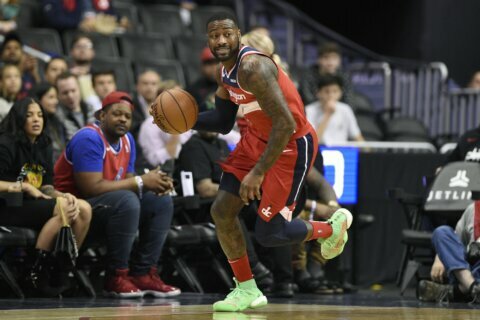 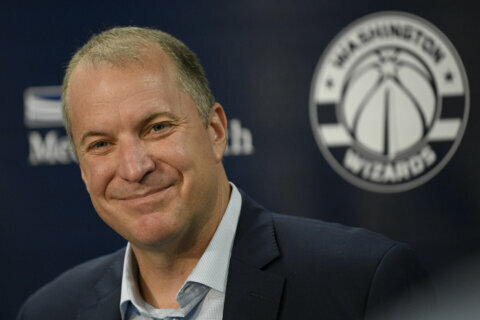