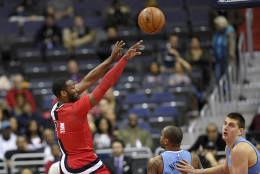 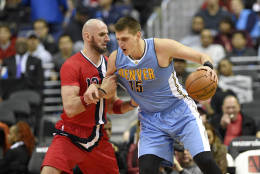 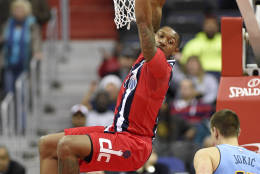 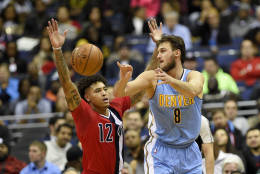 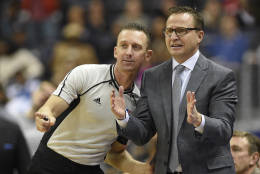 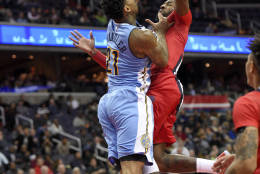 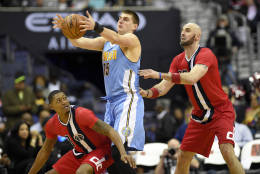 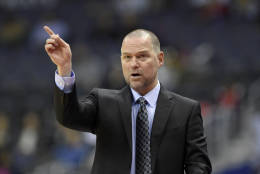 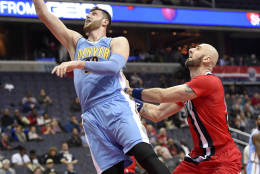 WASHINGTON (AP) — The scoreboard wasn’t working at the outset, when there were thousands of empty seats and the fans that did show up were quiet as can be, so the arena announcer pierced the silence Thursday night, telling the small gathering by just how much the mediocre Washington Wizards were trailing the Denver Nuggets, basket after basket.

“It was kind of, like, a gloomy feel,” Denver’s Wilson Chandler said.

Eventually, the overhead electronic display began functioning, and when Wizards guard Bradley Beal’s air ball led to a shot-clock violation with the hosts already down 12 and proud owners of seven turnovers and two made baskets, the till-then mum spectators mustered the energy to boo the home team.

It was that kind of night for the Wizards until the second half, when it became that sort of night for the Nuggets. Washington erased a double-digit deficit and, thanks to Beal’s 26 points and Denver’s season-high 29 turnovers, beat the Nuggets 92-85.

Washington is 8-13. The Nuggets lost for the fifth time in six games, dropping to 8-15.

This was not a marquee matchup, by any definition, and the atmosphere was apt. The announced attendance was 12,645 — about 7,000 shy of a sellout. At tipoff, fewer were there. The scoreboard was stuck at 0-0 for several minutes, which “kind of bugged us,” Beal said.

The place had all the verve of a library.

“You always want that sixth man, that disadvantage to the other squad,” Beal said. “But at the same time, we’re all grown men, we’re all NBA players, this is our job, and at the end of the day, we have to go out there and play the game — if there’s one fan or 30,000.”

John Wall scored only 15 points one game after a career-best 52, but nine came in the fourth quarter.

With starting point guard Emmanuel Mudiay inactive because of a sprained right ankle, and leading rebounder Kenneth Faried on the bench throughout, the Nuggets went 5 1/2 minutes without a point in the fourth quarter. In that period, they had 10 turnovers and shot 1 for 14 on 3-pointers.

Washington coach Scott Brooks keeps lamenting no-effort defense from his team, which allowed 124 points in a loss to Orlando on Tuesday.

“We were disappointed in ourselves last game. All of us,” Brooks said. “It’s only one game, but we did play better defense.”

Nuggets coach Michael Malone attributed his team’s 12-point fourth quarter mainly to fatigue on the second game of a back-to-back.

“Not taking anything away from their team, I thought a lot of our turnovers were self-inflicted,” Malone said, “and when you get tired, you start to make mistakes, mental mistakes.”

Wizards: Wall drew a technical foul for hitting Jusuf Nurkic with a forearm in the third quarter. — Washington is 6-6 at home, 2-7 on the road.

Mudiay missed a game for the first time all season. He’s fourth on Denver in scoring (13.1), second in assists (3.8). “He went out and tried to warm up before the game,” Malone said. “Just wasn’t feeling right.” Faried’s minutes, declining recently, went to zero Thursday. “By no means is Kenneth Faried out of our rotation or not going to play for us,” Malone said.

Nuggets: At Orlando on Saturday night. 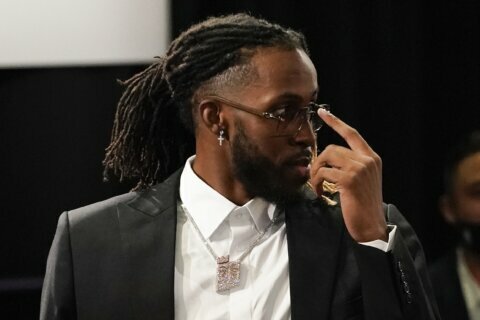