Breakout rookie Julio Rodríguez and the Mariners can match a franchise record with their 15th consecutive win as they open a home series against AL West-leading Houston.

Seattle went into the All-Star break a victory shy of matching the 2001 club for the franchise’s best run. They haven’t lost since July 1, and Rodríguez leads the team with 13 RBIs during the streak.

Just about the only downside to Seattle’s surge is that Houston was 10-5 over that same period prior to the break, keeping the Mariners nine games back in the division race before Thursday.

Soto was peppered throughout All-Star week with questions about his future with Washington after he recently rejected a $440 million, 15-year deal. With their efforts to lock up the superstar rebuffed, the Nationals could trade Soto before the Aug. 2 trade deadline. This could be Soto’s final two weeks with his only franchise, where he won a World Series in 2019.

The NL East-leading Mets open the season’s second half with three games at San Diego, starting with a matchup between aces Max Scherzer and Yu Darvish.

Major League Baseball is struggling to fill stadiums at pre-COVID levels as the sport heads into the last 2 1/2 months of its first season since 2019 without capacity restrictions.

MLB reached the All-Star break with an average attendance of 26,409. That represents a drop of 5.4% from the All-Star break of 2019 — which was 10 days earlier than this year. League officials remain encouraged and point to the recovery. 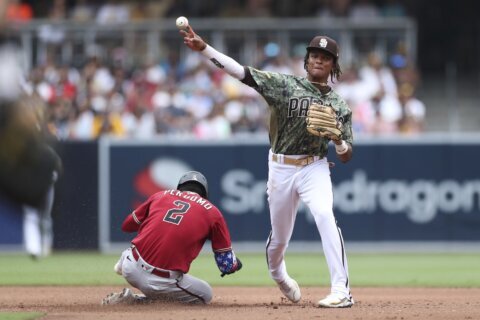 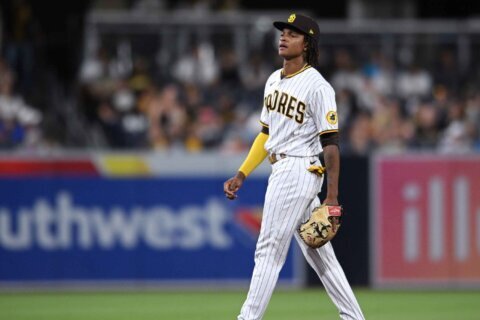