From collecting baseball cards to being on them: Nationals players reflect 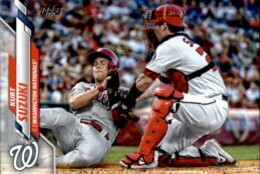 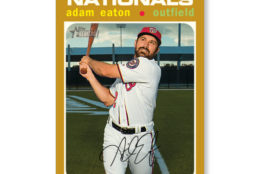 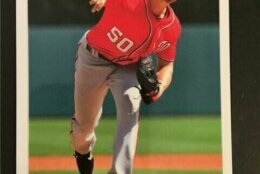 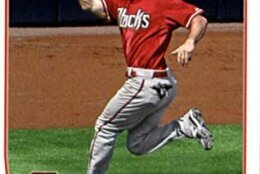 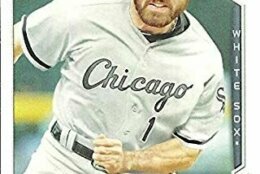 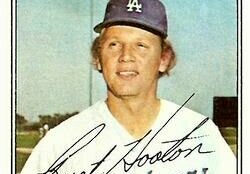 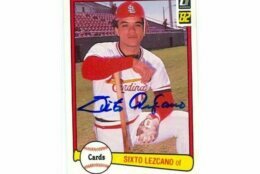 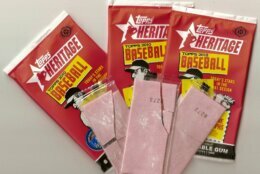 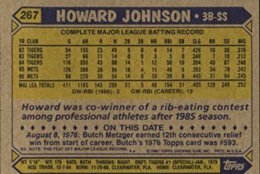 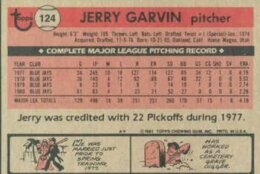 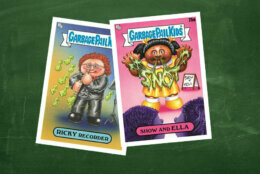 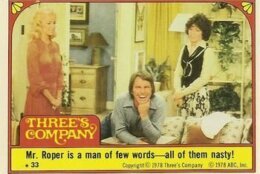 Spring Training is more than just getting the players ready for the upcoming season.

Various vendors from glove to shoe companies show their wares to players. Memorabilia companies are in the clubhouse with baseballs for players to sign. And, there’s also the day when Topps drops by.

Many generations have fond memories of collecting and trading baseball cards. They’ve certainly come a long way from being inserted into tobacco packs in 1909. There was a time when cards were inserted in cereal boxes and on the back of Hostess Twinkie cartons, feeding a child’s hunger for sugar and baseball in equal portions.

And who could forget the gum that came in the packs and was beyond brittle?

“I was probably more for the gum, even though I was a huge baseball fan,” said the Washington Nationals’ Adam Eaton. It was a near guarantee that the gum’s powder residue would color your best card in the pack, decreasing its value like that of a new car just driven off the lot.

I remember my first pack. It involved Pittsburgh backup catcher Ed Ott, Los Angeles Dodgers pitcher Burt Hooton and multiple nondescript pitchers. I recall going to Ray’s Country Store or The Wagon Wheel in Bedford, New Hampshire, and getting a Tom Hume when his ERA was over seven.

Somehow, I scored two Warren Brusstar cards in one pack. I thought Sixto Lezcano’s 1982 Donruss card made the infielder look just like Maria from “Sesame Street,” and I realized that one Fleer pack purchased was one too many.

We all dreamed about getting Rickey Henderson and Cal Ripken, while actually getting Dave Henderson and Billy Ripken (the clean card, of course). That’s the beauty of putting down a dime in 1976, 50 cents in 1991 or whatever it costs now for the luck of the draw (I’ve been out of the target demographic for some time).

I remember, at the tail end of my collecting days, when you could go to Collector’s Heaven and search for old cards and sets, not to mention other cards, ranging from football (nothing like the airbrushing of logos before Topps got the NFL rights) to “Three’s Company.” But, truth be told, the loss of randomness took a bit of the thrill out of collecting.

The Nats’ Austin Voth is 27 years old, so he likely got into collecting when Ichiro Suzuki’s rookie card was all the rage.

“As a kid, we actually had competitions where the coaches would give out packages of baseball cards if we won a certain drill of the day,” Voth said. “Even my grandpa, he had some old school baseball cards that I still have to this day. I don’t know where they’re at in my house right now, but I still have some.”

What’s it like for the third-year veteran to suddenly see himself in a pack?

“It’s pretty cool. You look down and you get to see your picture,” Voth said. “You’re living your dream and have stats on the back; you got a little bio and everything.”

Players’ bios on the backs of cards range from the normal (post-playing goals and high school athletic feats) to the sublime (rib-eating and grave-digging).

Eaton turned 31 this past offseason, but the ninth-year veteran still gets a kick when he sees his card, whether it’s from his time as a National, Chicago White Sox or Arizona Diamondback.

“Pretty cool — it’s a little pinch-yourself-moment. Especially when you get your first card, it’s pretty neat,” Eaton said. “Kind of takes you back to when you were a kid. Hopefully, someone’s got mine around their bicycle spokes somewhere making cool sounds. That’s basically what I used most of them for.”

Eaton is the one player I could picture riding his bike down the street with cards in the spokes, not just back in the day but in 2020.

Kurt Suzuki is 36, and his card-collecting days have long passed, but he does have three children who are just reaching that age. Confronted with his face on a card, Suzuki turns into a kid himself.

“It’s always surreal,” he said. “You know, when you see that kind of stuff as a baseball player growing up — you’ve got a card now for your kids. It’s a pretty cool thing.”

Somewhere this spring, a 6-year-old will open a pack with Suzuki, Eaton or Voth inside. They might grumble that they wanted a Soto or a Robles rookie card. Their eyes may even wander to the set of Upper Deck Hockey or Topps Garbage Pail Kids (yes, they still make those).

But some of them will grow up to maybe see their faces on those cards, and turn into kids again when they do so.