Nicholas the Dolphin, the bottlenose inhabitant of the Clearwater Marine Aquarium in Florida who’s known for his sports predictions, is weighing in on the World Series matchup — and predicting a Nats win.

During what the aquarium calls his normal “enrichment activities” Nicholas was presented with a Houston Astros baseball cap and a Washington Nationals baseball cap, and Nicholas picked the Nats.

Nicholas became a permanent resident of the aquarium in 2002, after the orphaned dolphin was found stranded with severe sunburns and “unable to learn necessary survival skills as a calf,” the aquarium said. 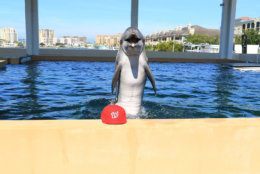 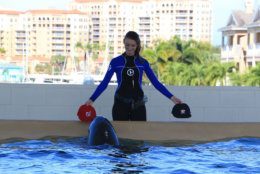 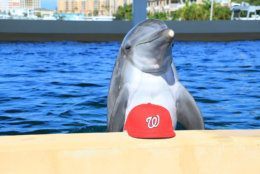 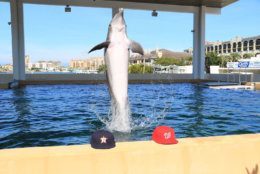 However, don’t start busting out those celebratory “do-do-do-do-dos” just yet. Nicholas has a bit of a mixed record when it comes to World Series predictions.

Game 2 of the World Series takes place Wednesday night in Houston at 8:07 p.m.