Nationals’ Barrett returns to majors for 1st time since 2015

Pitcher Aaron Barrett was called up to the Washington Nationals on Tuesday, and it was an emotional moment. See the video.
Listen now to WTOP News WTOP.com | Alexa | Google Home | WTOP App | 103.5 FM

WASHINGTON (AP) — Newly minted Washington Nationals manager Dave Martinez made a point of watching rehabbing reliever Aaron Barrett throw a bullpen session early in spring training in 2018 and was amazed at how well the right-hander was throwing.

After all, Barrett already had missed two full seasons after undergoing Tommy John surgery in 2015 and fracturing his arm in 2016.

“He told me, ‘I’m going to pitch in the big leagues again,'” Martinez recalled. “I said, ‘Keep working and I’ll see you soon.'”

Barrett got back to the majors Wednesday when Washington purchased his contract from Double-A Harrisburg. He received hugs from longtime teammates as they trickled into the clubhouse before a matinee against the New York Mets.

“I said it all along: When I make it back, it’s going to be a hell of a comeback story,” Barrett said. “I’m pretty overwhelmed that I’m here, to be honest with you. It’s crazy.”

Barrett has not pitched in the majors since Aug. 5, 2015, and he thought there was a chance he might get summoned when rosters expanded for September. When that didn’t happen on Sunday, he figured he would pitch in Harrisburg’s postseason games and hope for a call later in the month.

The moment Aaron Barrett found out he was going back to the bigs. Congratulations, Aaron!
cc: @Nationals @masnNationals @MLB @MiLB @aaronbarrett30 pic.twitter.com/RSxQ1b9dMT

Instead, he was surprised when Harrisburg manager Matt LeCroy told him Tuesday he would be heading back to Washington.

“I try to picture back when I first got called up in ’14, making the team out of camp, kind of what that experience was compared to this,” said Barrett, who made 90 relief appearances for the Nationals in 2014 and 2015. “I honestly think this one might be better than the first one.”

Martinez said Barrett’s slider was especially effective against right-handers this season, and Washington, which holds the first NL wild card, plans to use him in the final weeks of the season.

“He’s here because he pitched to be here,” Martinez said. “He pitched really well, and I’m very proud for what he’s gone through. What an amazing turnaround for him. We’re glad that he’s here — but he’s earned the right to be here with what he’s done.”

Barrett, whose longest outing of the season was two innings, joked he was willing to pitch five innings if asked. The most important thing to the 31-year-old is that after more than four years, he’s back in the majors.

“I told you guys in camp that ‘Yeah, I was glad to be in big league camp, but I still plan on going to the big leagues,'” Barrett said. “It’s been my goal since Day One. Now I’m here and now I have a job to do. It’s great that I’m here, but it’s now time to win and help these guys win a championship.” 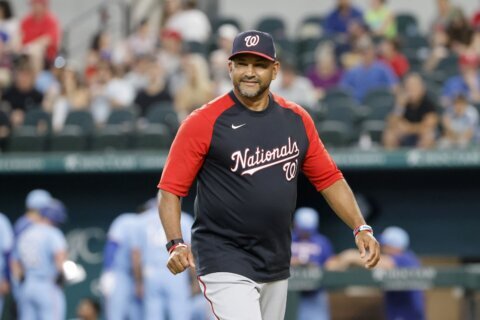 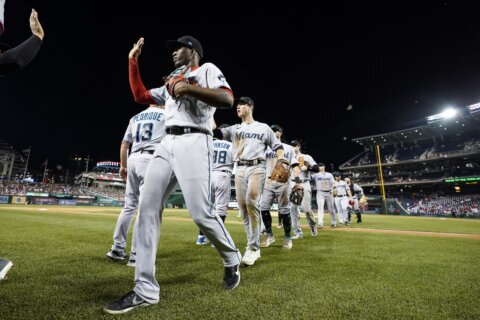