After backpack ban, Nationals will provide storage lockers at park — for a fee

Two weeks before a new policy banning backpacks goes into effect at Nationals Park, the team says it plans to provide hundreds of portable storage lockers at the ballpark where large bags can be stored — for a fee.
Listen now to WTOP News WTOP.com | Alexa | Google Home | WTOP App | 103.5 FM

Two weeks before a new policy banning backpacks goes into effect at Nationals Park, the team says it plans to provide hundreds of portable storage lockers at the ballpark where large bags can be stored — for a fee.

In addition, the team will be handing out free “cinch” bags at its official store; the smaller bags are allowed under the new policy.

Both steps to ease the no-backpack transition were announced Wednesday in a post on the team’s official blog. 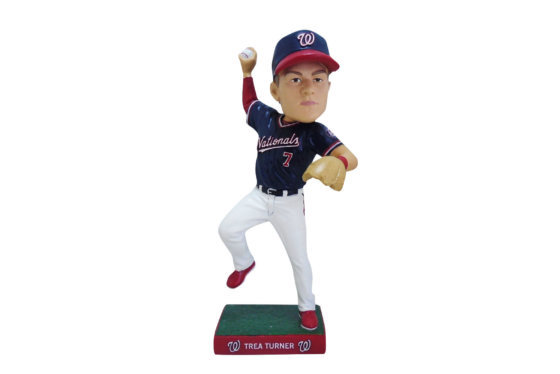 Baseball season is just around the corner and so are new bobbleheads for fans featuring players Juan Soto, Max Scherzer, Adam Eaton and Patrick Corbin as well as several other giveaway items. Here’s the game schedule for when the new collectibles will be available.

Starting with the March 25 exhibition game against the New York Yankees, up to 1,000 backpack storage lockers will be provided around the perimeter of the ballpark, where fans can store backpacks during the game.

The lockers are provided by a D.C. company called Binbox, which will charge what the team called a “nominal fee” to use. Binbox charges users $2 per hour to use the lockers, with a maximum fee of $10. The team said it won’t receive any money from the locker deal.

The free cinch bags, which feature the team’s “curly w” logo will be available in the team store in the weeks leading up to the start of the season, on a first-come, first-served basis.

The team will also be handing out free bags at the March 25 exhibition game.

“We pride ourselves on offering a first-class fan experience,” the team’s blog post stated. “Part of our responsibility, then, is to ensure that when we make decisions that impact you directly, we also consider how to make the changes as seamless as possible. That’s why we are putting in place several measures to help you with the transition.”

In the post, the team said rolling out the new bag policy wasn’t an easy decision, but the team had to consider security concerns.

“When we consulted with MLB and our security team, they pointed out that we were the only professional open-air sports facility in the Washington, D.C., area still permitting backpacks,” the blog post stated. “Ultimately, we decided eliminating backpacks was necessary to enhance security at the park.”