Just 19 years old when he made his debut on May 20, Soto displayed mammoth power and a keen eye at the plate, hitting 22 home runs with a .406 on-base percentage in 116 games played. Perhaps his most noteworthy home run came in a suspended game against the Yankees that began before his MLB debut. The home run not only helped the Nats to victory, it is also reflected as occurring five days before he ever appeared in the Major Leagues.

Bryce Harper remains the only National to win the Rookie of the Year (2012), also in his age 19 season. 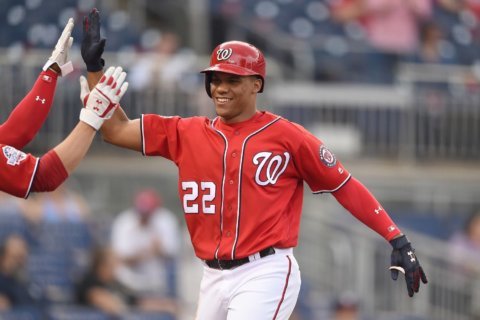 Juan Soto | Rookie of the Year