How the Nationals helped save baseball

Washington Nationals fans have a lot to be proud of. The very first team to carry that name helped preserve the game of baseball, and expand its popularity in America.
Listen now to WTOP News WTOP.com | Alexa | Google Home | WTOP App | 103.5 FM

WASHINGTON — Washington Nationals fans have a lot to be proud of.

The very first team to carry that name helped preserve the game of baseball, and expand its popularity in America.

D.C. was also where a cherished baseball tradition began.

A club called the Washington Nationals was established before the Civil War, and during the conflict, the Nats would play games with soldiers.

“They would have these visiting Union troops coming into the city, because it was Washington, and they had little baseball teams, and they had some really good players,” said Susan Clermont with the Library of Congress, co-curator of the Library’s exhibit “Baseball’s Greatest Hits: The Music of Our National Game.”

“It kept baseball alive, not just in Washington, but these players would go and take what they’ve learned from our team … back home.”

After the war, the Nationals went on a railway tour to play teams in places such as Chicago, Indianapolis and St. Louis, creating lots of excitement for the game.

In 1910, a yearly baseball tradition was started in D.C.

“The president throwing out the first ball. That was us. We did that,” Clermont said.

“Home Run Polka” came out in 1867 and was “Respectfully dedicated to the National Base Ball Club of Washington, D.C.”

“Hail to the Senators” was written for the 1943 pennant race, and the cover of the sheet music features an image of Clark Griffith.

He was known for being a great pitcher and being handsome.

Women liked him so much that the team typically had him pitch on “Ladies’ Days,” which were Tuesdays and Fridays.

You can visit the free exhibit in the Performing Arts Reading Room Gallery in the Library’s James Madison Building. 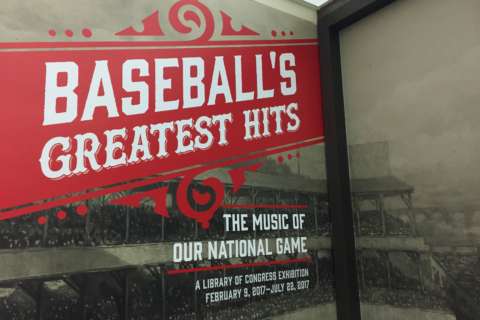 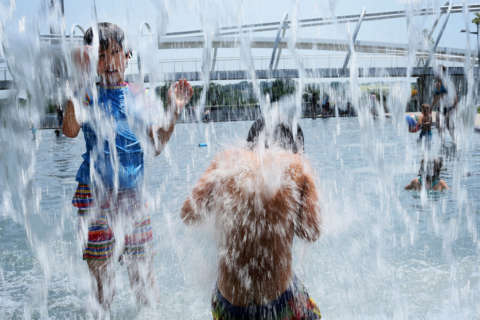 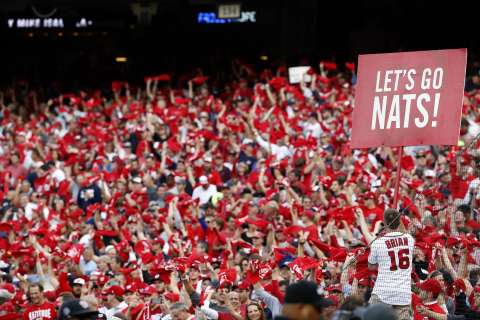 Nationals opening day survival guide: How to get there, where to park and what to do