WASHINGTON — It’s two years later, but hopefully not too late.

Dusty Baker takes over a Nationals team at a time when both really need each other. Baker wants to fill the one void in his managerial career, a World Series Championship, while the Nats are looking for their first as well.

Baker said in his introductory news conference Thursday that he didn’t want the job in 2013 because Matt Williams — one of Baker’s prize pupils when he managed him in San Francisco — was high on the Nats’ list.

Now, it’s up to the teacher to show the student how it’s done.

Unlike the more reserved Williams, Baker is outgoing and warm. He’s very personable, thrilled to be in the Nation’s Capital, loves the diversity of the city, and even says he knows the president personally.

So can we expect to see Obama at a game?

At 66, Baker becomes the second-oldest manager in the majors after the Mets’ Terry Collins, but Nationals President of Baseball Operations and General Manager Mike Rizzo says Baker is open to new ideas, can think out of the box and use sabermetrics.

Does that mean that Dusty will change his style of managing?

“I was pretty good before,” said Baker.

Indeed he was, piling up 12 winning seasons out of his 20 in the big league, including at least 90 victories eight times.

Baker adds he doesn’t feel or look his age, pointing out he has a 36-year-old daughter and 16-year-old son.

“Sometimes you have to listen to the young, because they have a pulse on things,” he said.

Rizzo usually has a pulse on things as well, but two years ago he went with who he knew in hiring Matt Williams, even though he had no big league managerial experience. Things were different this time around.

“We needed to get ourselves an established manager with a deep resume and a history of winning,” Rizzo said.

Baker is considered a players’ manager. In San Francisco, Chicago and Cincinnati, he got the best out of big personalities such as Barry Bonds, Wil Clark, Jeff Kent, Sammy Sosa, Williams, Ken Griffey, Jr., and Joey Votto. Now, he’ll work with one of the best in the game, Bryce Harper.

“He can really play and I love watching him play,” said Baker. “Hopefully he can learn from me and he might have something he can teach me.”

Something that Baker may have to deal with right away is smoothing over any lingering bad effects of Harper’s dugout scuffle with Jonathan Papelbon the last week of the season.

“There’s always conflict at some point in time,” Baker said. “I’ve never been on a team that didn’t have any. You handle it like men, you talk about it, get it out in the open and you don’t let things fester.”

One big happy family — that’s what Baker believes is the key to success. He says he received that surprising advice from champions and Hall of Famers Bill Russell and Bill Walsh.

“They told me a team has to be close,” something Baker believes he can instill. “I cannot only bring X’s and O’s, but closeness to a team.”

You could see how that tight-knit approach helped the Kansas City Royals win the World Series this year. The Nationals hope Baker has the right combination of personal touch and experience to follow that success. 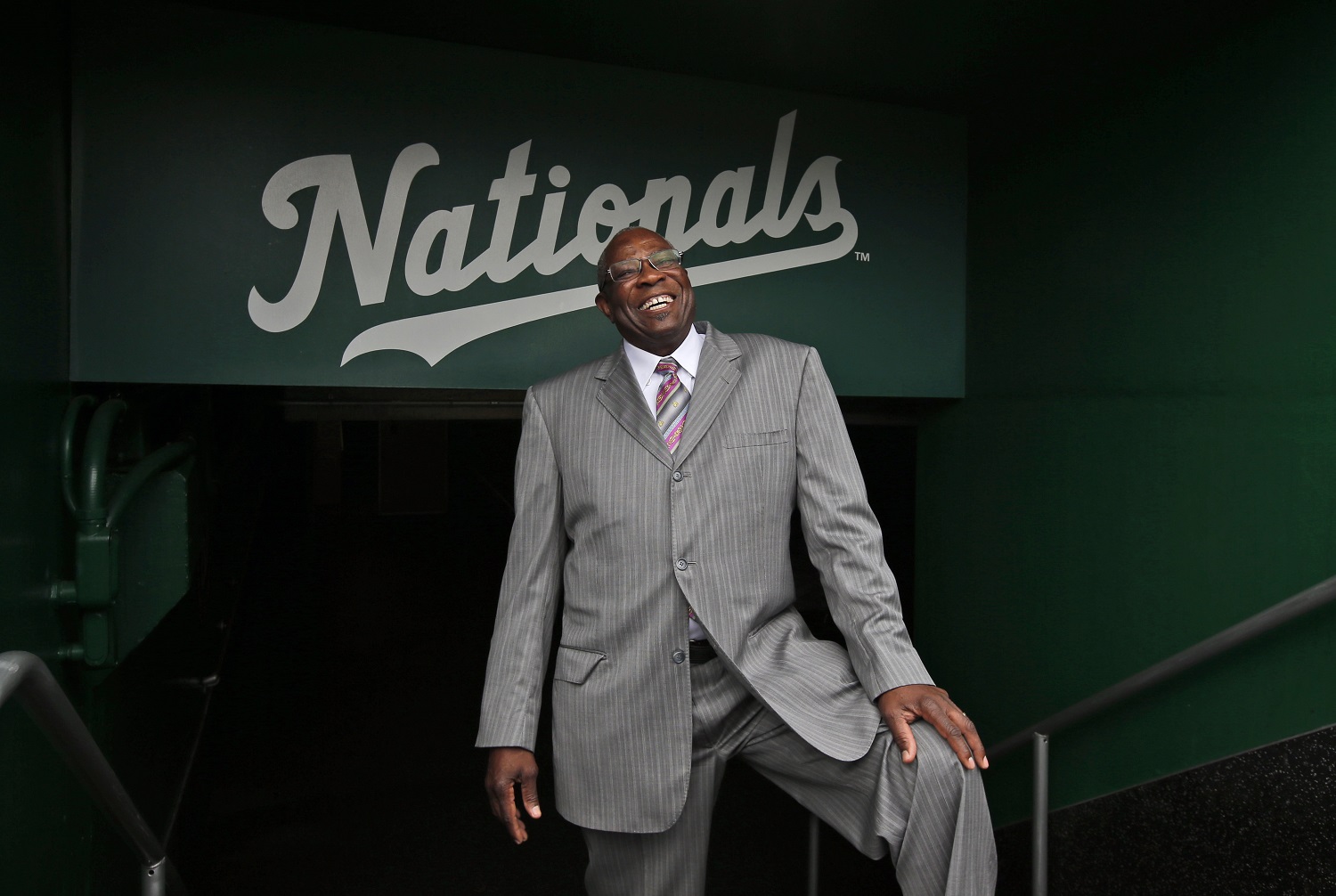 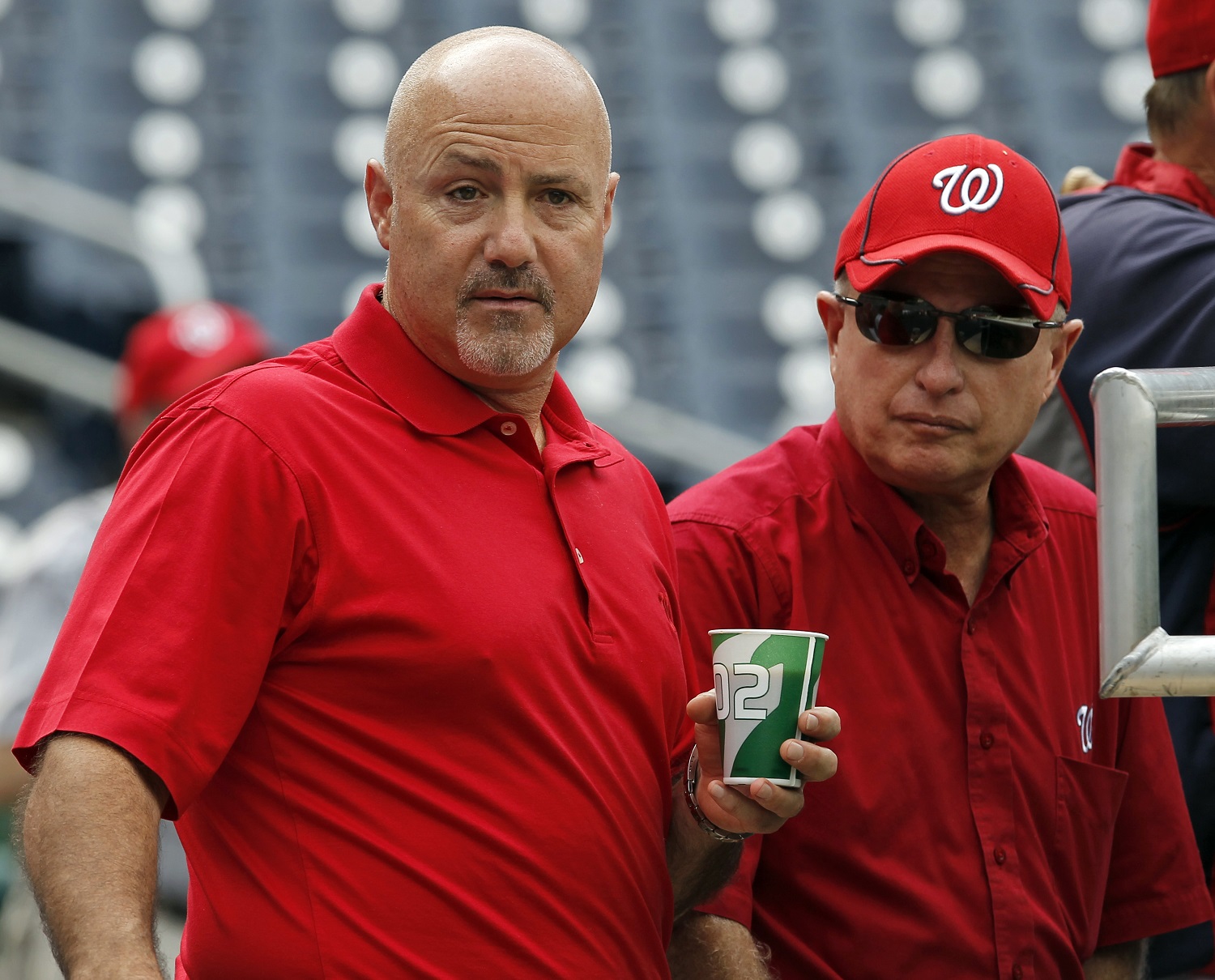