Ogunbowale converted a three-point play with 1:06 left to give Dallas a 79-77 lead. The Mystics missed a shot, and Ogunbowale was fouled at the other end following Dallas’ offensive rebound.

She made 1 of 2 from the line with 9.2 seconds left for a three-point lead. The Mystics were off the mark again on their next possession and Kayla Thornton sealed the game from the foul line.

Washington also lost Elena Delle Donne, who played just 12 minutes because of “precautionary” reasons, coach Mike Thibault said. She had just returned to the court Sunday after missing nearly two years because of back injuries.

“She was taken out kind of precautionary. On that play under the basket where she got a couple of attempts, just didn’t feel right to her, took her out,” Thibault said. “We’re at that point right now we’re not risking anything. We’ll see what she’s like tomorrow.”

Tina Charles, Washington’s leading scorer at 25.4 points per game, will miss the next three to five games because of a strained left gluteal.

Moriah Jefferson added 11 points for Dallas (11-14), which outrebounded Washington 35-25. Harrison notched her first double-double since May 22. 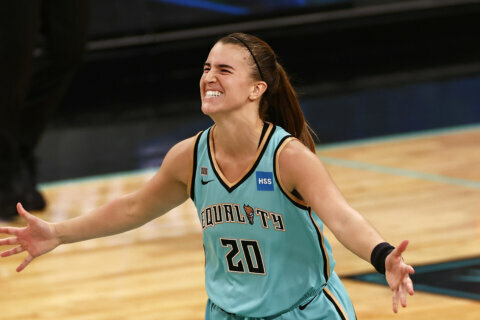 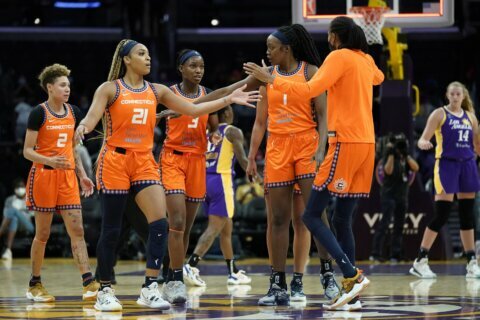