LANDOVER, Md. (AP) — Washington coach Ron Rivera says the team is concerned that Chase Young might have torn a ligament in his right knee.

Young was injured during Washington’s 29-19 victory over Tom Brady and the Tampa Bay Buccaneers on Sunday.

As it is, Young’s second year in the NFL was not going according to plan; he has just 1 1/2 sacks and has heard criticism from none other than Rivera.

Sunday, Young limped off the field in the second quarter against the Bucs. He gave his teammates a talk at halftime and then came out to the sideline while using crutches. 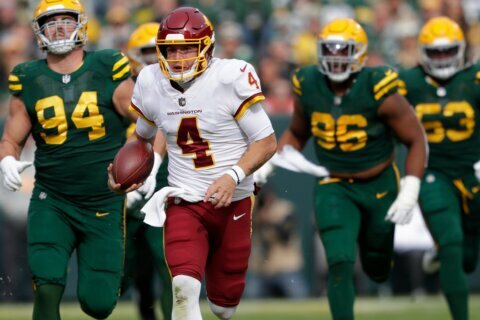 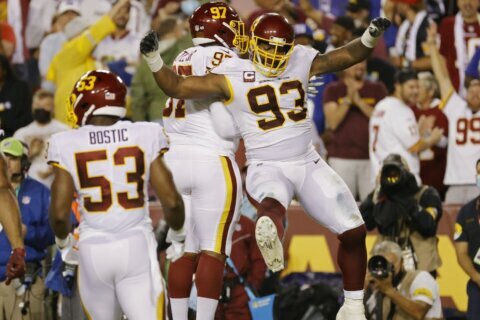