Twelve former employees of the Washington Football Team co-signed a letter that was hand-delivered at the NFL’s owners meeting Tuesday, demanding that the findings of the league’s investigation into Washington’s office culture be publicly released.

“Now is the time for the NFL to change course and take action to denounce past racist, sexist, and homophobic conduct,” the letter said. “The first step in doing so is transparency. The NFL must make public the findings of the investigation into the WFT. We are calling on you to demand that the NFL make the findings public. We are calling on you to do the right thing.”

In response to allegations of sexual harassment and misconduct revealed to The Washington Post by 15 female former employees and two journalists in July 2020, the NFL launched a 10-month investigation into owner Daniel Snyder’s franchise led by D.C. attorney Beth Wilkinson. The NFL then announced that Snyder would be fined $10 million — the largest fine the league has ever assessed — but declined to make its findings public, citing the sensitivity of the case.

On Monday, the Oversight Committee in the House of Representatives issued a similar demand, requesting that the NFL provide Congress with all records related to the investigation by Nov. 4.

The NFL’s owners began a two-day session of meetings in New York City on Tuesday, though the Sports Illustrated’s Albert Breer reported that the investigation wasn’t on the agenda.

Still barred from participating in the day-to-day operations of the franchise, Snyder didn’t attend the owners’ meeting. He was instead represented by his wife and co-CEO Tanya Snyder as well as president Jason Wright and COO Greg Resh, per multiple reports.

“This investigation into the WFT was an important step in addressing the widespread harassment and abuse of women within one franchise of the NFL,” the letter continued. “If the NFL discloses the results of the investigation and takes meaningful steps to address the underlying problems, that will send the message that the League does not tolerate misogyny and abuse. To date, the League has sent the opposite message.

“By failing to disclose the findings of the investigation, and by ignoring calls to do so by WFT employees, lawyers, activists, and most recently Congress, the League is communicating that it is more interested in protecting wealthy owners and preserving misogynist and abusive structures than in reckoning with its cultural problems.” 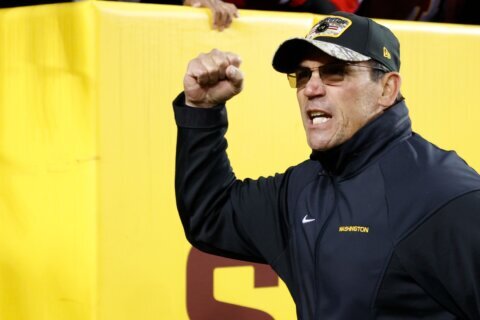