It would be easy to read into no members of Ron Rivera's staff being in Fargo, North Dakota, on Monday of Lance's second throwing session. Don't.
Listen now to WTOP News WTOP.com | Alexa | Google Home | WTOP App | 103.5 FM

North Dakota State quarterback Trey Lance is holding a second Pro Day on Monday. And, no members from the Washington Football Team staff will be in attendance, according to JP Finlay of NBC Sports Washington.

With the NFL Draft less than two weeks away and Washington still in search of its long-term quarterback, it would be easy to read into no members of Ron Rivera’s staff being in Fargo, North Dakota, on Monday of Lance’s second throwing session.

So, three of the more important eyeballs in Ashburn — excluding head coach Ron Rivera and owner Dan Snyder — have already seen the quarterback throw in the Pro Day setting.

Secondly, it’s unlikely that Washington will be able to select Lance at its current pick, No. 19. The 20-year-old passer will almost assuredly be off the board by then.

By showing up to Lance’s second Pro Day after already having a heavy presence at the QB’s first one, Washington could tip its hand with its interest in Lance.

What Washington will do in the first round of the 2021 NFL Draft remains a mystery. Last week, Rivera and Mayhew both said that everything is on the table come April 29.

“As far as the draft is concerned, we’re going to react to what happens in front of us,” Rivera said. “Picking at 19, kind of putting us in the middle is going to be interesting as far as we’re concerned.”

Lance has been a popular draft target for Washington from many experts in recent weeks. Many mocks have Washington trading up to select the North Dakota State QB, while others have gone on the record saying they believe Washington will make a move.

When it comes to Lance, the bottom line is this: Washington’s lack of attendance for his second Pro Day will not sway the team’s decision to or not to make a run after the quarterback. 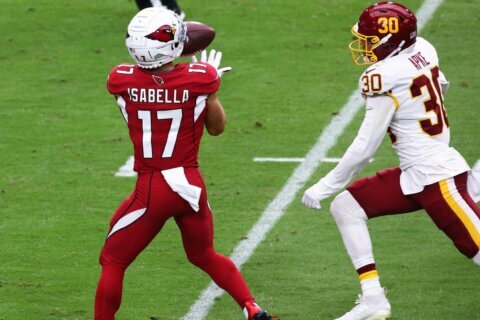 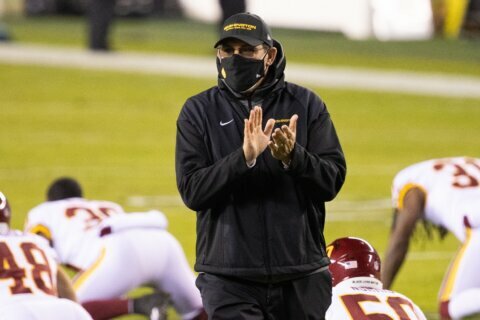